The ITF (International Transport Workers’ Federation) today strongly condemned the raid early this morning (Wednesday) on the MV Portland in the Australian home port for which it is named. Up to 30 security guards were reportedly used to eject the five Australian crew members from the vessel and usher on a non-national crew, which then set sail for Singapore.

The ejected crew were defending the Portland’s status as an Australian-flagged and crewed ship dedicated to Australian coastal routes, and protesting against its owner, Alcoa’s, decision to scrap it and outsource the work to a flag of convenience vessel. 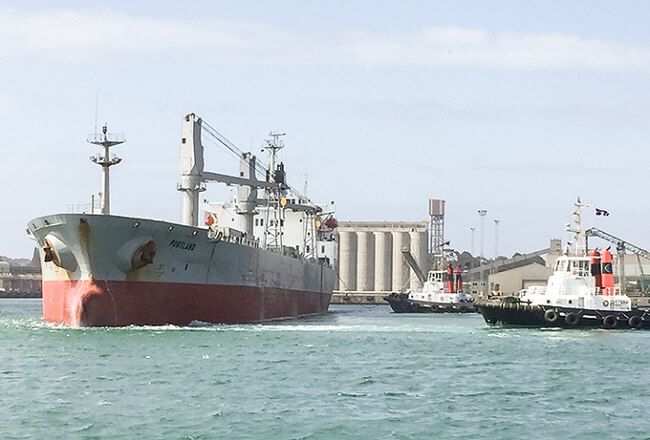 The dawn raid came despite widespread opposition within Australia to the vessel’s loss, as well as from seafarers and their unions around the world.

ITF general secretary Steve Cotton said: “They came for the Portland like thieves in the night. This raid and the flight of this respected vessel – with its 27 year history of serving Australian industry – raises grave questions, not just about the future of Australia as a maritime nation but also about the fitness of the crew who have been parachuted in to take this vessel away. The ITF will be investigating these matters fully, including the role of the Australian Maritime Safety Authority in this affair.”

In a strongly worded statement MUA national secretary and ITF president Paddy Crumlin forcefully questioned the granting of a licence to Alcoa to use foreign ships for the Portland’s domestic route for the voyage, as well as the way the replacement crew were brought into the country.

The defence of the MV Portland has been supported by trade unions worldwide. At the end of last year the ITF’s cabotage taskforce laid out the economic and national case for its retention. It explained that protecting maritime cabotage is a legitimate domestic policy, not protectionism. Forty-seven countries have some form of cabotage law,  because it is good for their economies. With a thriving maritime industry, people work in good quality jobs, consume goods and boost the economy.

Failing to protect cabotage undermines sovereignty and has national security implications. It also has serious economic implications for maritime regions and communities.

The taskforce also stressed that failing to protect cabotage will mean lost maritime skills and resources – and will remove the supply of qualified personnel from critical shore-based industries. Businesses whose livelihoods depend on local industry can be ruined, while job josses reduce government income from taxes.