In a deal signed in Limassol, Cyprus on Friday the Federation is to employ the Brazil-based Fundação Homem de Mar (FHM) to construct a mathematical model to analyse the manoeuvrability considerations for the safe transit of the locks.

Attention has been focused on the new locks, not just because of the canal’s importance as a maritime route, but also because its construction has been postponed several times. Recent tests raised serious concerns about the condition of the structure, with several cracks being detected in the new locks, even though the structure should be designed to withstand earthquakes. This has created further concerns over the real date the locks will be fully operational, not to mention the low level of Gatun Lake, which temporarily reduced the canal’s operative draft even before the new locks are filled.

The structure is not the only concern. The new locks will necessitate changes to canal operations. Ivan de la Guardia, general secretary of Panama’s Tugboats Masters and Mates Union, said: “We have, for several months, asked to have a proper engagement to draft a new set of procedures for the new locks. This has constantly being denied by the canal administrator. Even members of parliament have pointed out that the tugboat fleet has serious deficiencies that have to be addressed“. 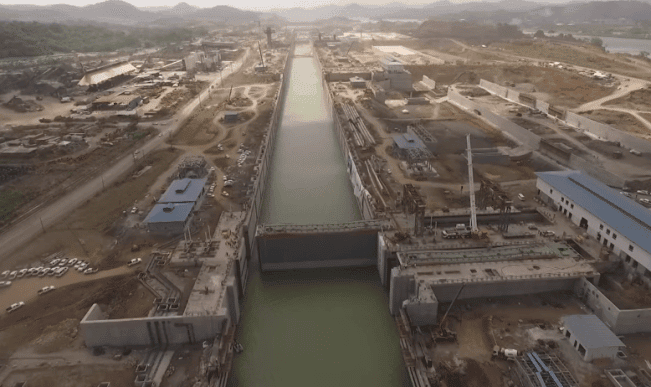 Luis Yau, general secretary of the Engineers’ Union added: “Even if the locks were ready today, one year after the original scheduled delivery, we would not be ready to operate safely and efficiently. We want the Panama Canal Authority to understand that our lives are at stake if we lack the proper operational procedures”

Severino Almeida, a council member of the FHM foundation (www.sindmar.org.br/fhm), explained that: “We have developed a series of services in our simulation centre, we are capable of making mathematical models of all kind of vessels, terminals and navigational channels in order to simulate the manoeuvrability and the feasibility of all maritime operations. We have decided to offer our solidarity and expertise to support our Panamanian colleagues and the ITF. The Panama Canal has a special meaning for all of us as seafarers and we are eager to support a better understanding of the operation of the new locks.

ITF president Paddy Crumlin, who was present in Limassol to sign the commission, stated: “The ITF is committed to using all means, including the most advanced mathematical models, in order to ensure that operations are safe for the tugboat crews and for all canal users. Any inadequate operation could have a serious impact on the international maritime trade and also on the seafarers we represent.”

He concluded: “We want to support the Panamanian authorities and the international maritime community to make the new locks a success, both in terms of safety for seafarers and Panama Canal workers, but also in terms of profitability for the Panamanian government, which has made an incredible investment.”