Italy’s navy said on Thursday it had recovered 118 bodies in a four-month underwater operation on the wreck of a fishing boat that sank in April with up to 800 migrants on board.

It laid a wreath on the deck of the sunken vessel with the help of a robotic arm.

The shipwreck, believed to be the most deadly in the Mediterranean in decades, became a symbol of Europe’s migration crisis and prompted the European Union to expand its rescue mission off the Libyan coast.

The technical analysis of the 20-metre (65.5 ft) shipwreck is complete, opening the way for the recovery of the vessel as Prime Minister Matteo Renzi has pledged to do, the navy said in a statement. 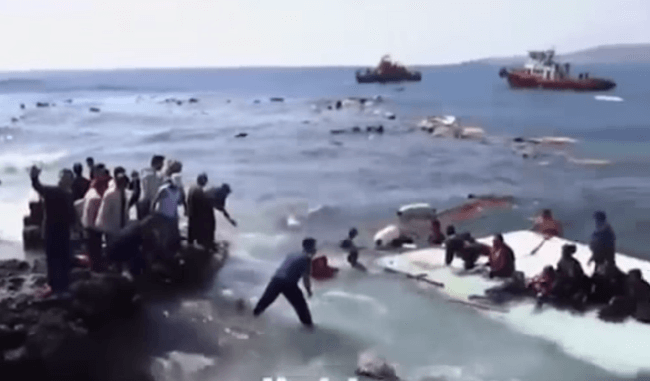 Bodies were recovered from the seabed around the ship, but many more may still be trapped below deck.

The overcrowded fishing boat capsized and sank as it approached a merchant ship that had come to its aid.

In June, the navy began using remote-controlled submersibles to bring up bodies from around the wreck, which is about 135 km (85 miles) north of Libya at a depth of about 370 metres (1,214 ft), the navy said.

The navy said it had laid a wreath on the deck of the sunken vessel with the help of a robotic arm. No details about the expected recovery of the boat were provided.