On Saturday 25th March the Italian Navy Maestrale class frigate, ITS Espero, joined the EU Naval Force off the coast of Somalia.

Commanded by Commander Luigi Pirozzi, prior to departing their base port in Taranto, Italy, ITS Espero’s sailors and marines carried out intensive operational sea and counter-piracy training. 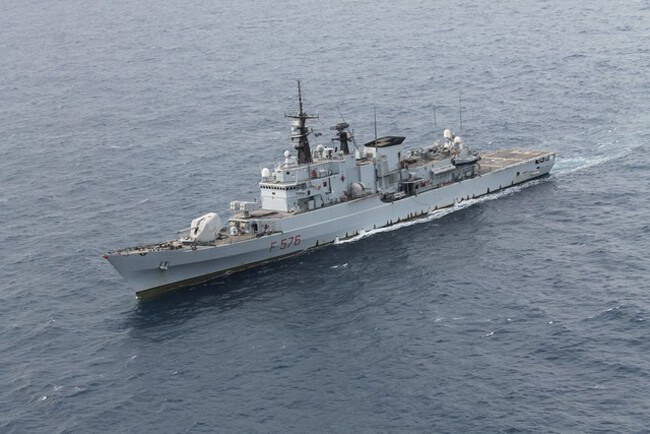 This is the second time that ITS Espero has deployed with the EU Naval Force and as a well-equipped, multi-purpose frigate, ITS Espero is perfectly suited to the European Union’s counter-piracy operation, that since December 2008 has deterred and repressed acts of piracy off the coast of Somalia.

Over the coming months ITS Espero’s key roles will be to patrol the waters of the Gulf of Aden and Somali basin, afford protection to WFP vessels carrying humanitarian to displaced people in Somalia and support EU sister missions that are working to strengthen maritime security and capabilities of states within the Horn of Africa region. EU Naval Force warships also monitor fishing activity off the coast of Somalia.

Speaking about the forthcoming deployment, Commander Pirozzi said “My ship’s company and I are fully prepared and ready for what I know is going to be a busy four months. It is imperative that pirate attacks continue to be suppressed off the coast of Somalia, so that vessels can remain safe.”