11 Indian seafarers have recently returned from jail in Nigeria, having been released without charge. SeafarerHelp and ISWAN have been in touch with them and their families, through the National Seafarers Welfare Board of Nigeria and following a visit of the Sailors Society chaplain while they were in jail. On their return to India, the crew related the following tale.

Their ship, the tanker Maro, was intercepted by the Nigerian Navy on 22nd July 2014 when it was transiting through international waters and had to anchor off the waters of Nigeria due to failure of its main engine. 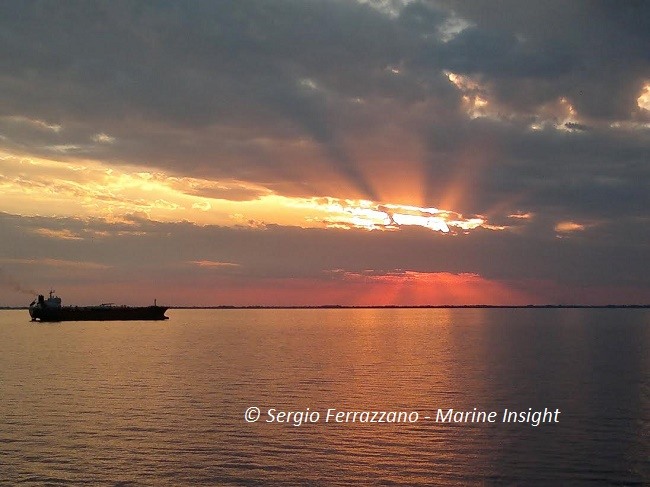 The Nigerian Navy arrested the crew of the ship and handed them over to the Economic Financial Crime Commission (EFCC) on charges of illegal smuggling and theft of cargo.

The crew were remanded to judicial custody and were imprisoned for nearly two years. “We were fed with poor quality and low quantity of food and water. Two crew members had fractures on their legs while disembarking the ship,” recalls one of the seafarers who has just returned back to his home. “We stayed in a small room where nearly 80-100 prisoners were held with no fans, no power, very hot and humid conditions and very poor hygiene.”

The treatment received in when arrested was compounded by the lack of support from the shipowner. The ship was eventually released from arrest and has continued trading, but the seafarers have lost all their personal effects which were on board, including all their identity documents and certificates, and have received no salary or support of any kind since they were arrested. This has resulted in huge difficulties for their families as well as themselves.

ISWAN’s seafarer helpline has been in contact with their families at home and is currently working on to assist them with their issues concerning medical and contractual payments. Recently, one of the ISWAN / MPHRP welfare responders visited the home of the crew member in Mumbai to assess their need for humanitarian support.

The crew thanked the Indian High Commission in Nigeria for their good efforts to bring them home. ISWAN / MPHRP Regional Director South Asia, Chirag Bahri, met with the crew member and his family in Mumbai. There are also four Nigerian and two Ghanaian seafarers who were on the same ship, and have also been repatriated.

ISWAN / MPHRP South Asia has expanded its remit to provide humanitarian support to families of missing seafarers, those who have committed suicide or are in jail, and therefore stands by the seafarers of MT Maro and their families to assist them with rehabilitation on return.