The International Seafarers’ Welfare and Assistance Network (ISWAN) has published 2018-19 statistics from its international helpline for seafarers and their families, SeafarerHelp, as part of its first annual review.

For the first time, ISWAN has produced an annual review of all of its programmes for seafarers’ welfare, not just SeafarerHelp, covering the financial year 1 April 2018 to 31 March 2019. 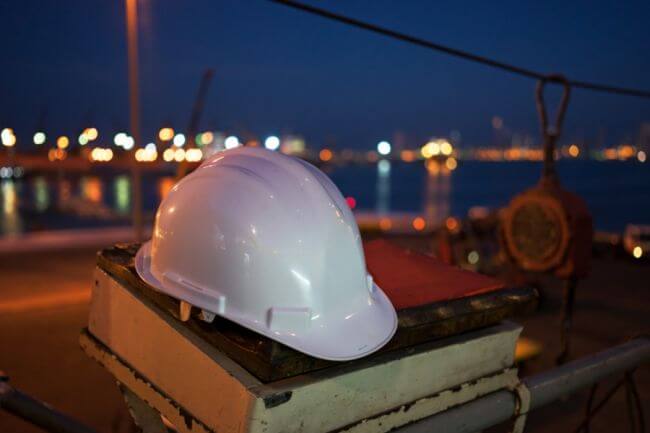 SeafarerHelp, ISWAN’s main programme, is a free, confidential, multilingual helpline for seafarers and their families, available 24 hours a day, 365 days a year. The helpline team handled 3,260 new cases in 2018-19, over 600 more than the previous year. These cases involved 8,111 seafarers and their families of 91 different nationalities. Internet-based methods of communication, which are free and convenient, were by far the most popular channel for seafarers to use to contact SeafarerHelp, accounting for over 60% of all communication.

Female seafarers accounted for 6% of those contacting SeafarerHelp, doubling from 3% in 2017-18, which is largely due to the increasing number of superyacht crew contacting the helpline. In December 2018, ISWAN released a report in partnership with MHG Insurance Brokers on the welfare needs of superyacht crew, which raised awareness of SeafarerHelp within this part of the maritime industry.

Seafarers contacted SeafarerHelp about a wide range of issues in 2018-19, from requests for information about their nearest seafarers’ centre to complex cases involving abandonments or a traumatic event. Nearly 50% of cases were dealt with in-house, including many requiring emotional support, and the rest were referred to a network of organisations such as the ITF. 9.07% of cases were related to unpaid wages and issues about repatriation accounted for 4.49% – a decrease on both counts from the previous year. The top flag state of vessels across all cases was Panama followed by the Marshall Islands, Liberia and Malta, mirroring the share of the global fleet.

In addition to SeafarerHelp, ISWAN administers three relief funds including the Seafarers Emergency Fund, which granted a total of US$76,603 to seafarers and families of seafarers directly involved in sudden or unforeseen crises last year. ISWAN also has a Regional Programme working in India, the Philippines and Nigeria. In 2018-19, the programme supported abandoned seafarers in the Gulf region, responded to incidents of piracy in the Gulf of Guinea, and continued to campaign against non-registered crewing agencies exploiting seafarers in India.

ISWAN highlights the release of a number of publications and resources in 2018-19 in its review, including a third self-help guide and an audio relaxation exercise for seafarers’ mental wellbeing, an award-winning film produced by Videotel and based on ISWAN’s series of Good Mental Health Guides, and guidance on handling situations involving missing and abandoned seafarers.

The annual review also lays out ISWAN’s plans for the future, which include conducting a feasibility study on providing a health and lifestyle information service via SeafarerHelp, and working with shipping and ship management companies to deliver a guide to mentally healthy vessels.

Roger Harris, ISWAN’s Executive Director, said: ‘We are proud to publish this annual review of the projects and programmes we have been working hard on over the past year. SeafarerHelp has assisted more than 8,000 seafarers and their families, and our Regional Programme continues to provide direct humanitarian support to seafarers in India, the Philippines and Nigeria. We have also enjoyed bringing together representatives from across the maritime industry at some fantastic events, including our 2018 International Seafarers’ Welfare Awards at the ILO in Geneva and a well-attended seminar in Helsinki on working in partnership for seafarers’ welfare.

‘The work we do would not be possible without our funders – the ITF Seafarers’ Trust, The TK Foundation, Seafarers UK and the Trafigura Foundation – or our valued members, so we would like to thank them for all their support this year.’