Israel said on Monday it had blocked a boat leading a four-vessel protest flotilla of foreign activists from reaching the Gaza Strip and forced the vessel to sail to an Israeli port.

An Israeli military statement said there was no violence in the incident, in which troops boarded, searched and then forced the boat to sail to an Israeli port.

Activists said the boat had a few dozen Europeans, including politicians, on board and had been headed for Gaza, the blockaded Palestinian territory.

The Israeli statement early on Monday said that “after exhausting all diplomatic channels the Israeli government ordered the Israeli Navy to redirect the vessel in order to prevent breach of the naval blockade” of Gaza. 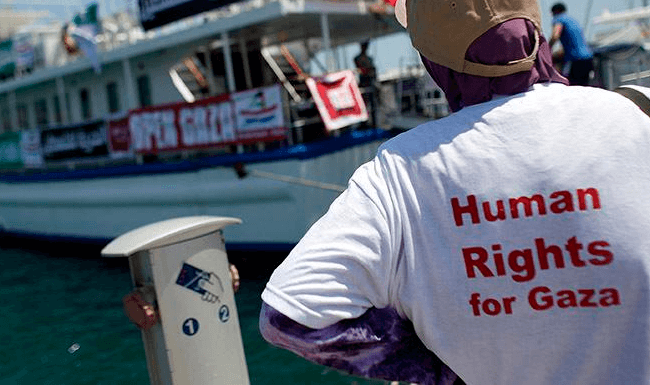 It said troops searched the vessel in international waters and then escorted it to Israel’s southern port of Ashdod.

The four-vessel flotilla was the latest in a series of protest voyages across the Mediterranean against Israel’s nine-year blockade of Islamist Hamas-dominated Gaza, a Palestinian territory.

One of those incidents turned deadly in 2010 when 10 Turkish activists were killed aboard a ship commandeered by Israel in the Mediterranean Sea.

An earlier statement by the pro-Palestinian International Solidarity Movement said the flotilla had been led by a converted fishing trawler called the ‘Marianne of Gothenburg’, with about 50 activists from 17 countries, including an Israeli Arab lawmaker.

The activists said the boats had set sail on June 27 with a cargo of solar panels intended to “help alleviate the serious problem of electricity in Gaza, as well as medical equipment” for the impoverished territory, home to 1.7 million Palestinians.

Israeli Prime Minister Benjamin Netanyahu issued a statement congratulating troops for seizing the ship he said was involved in “a demonstration of hypocrisy” and support for Hamas, and said Israel’s actions were in accordance with international law.

Maritime Activity To Be Dominated By Unmanned Vessels – New Report
Want to share your tips and advice? Got questions? Visit the community forum to ask questions, get answers, meet people, and share your tips!