A Liberian-flagged product tanker, Wila, was boarded by Iranian forces in international waters, off Khor Fakkan Anchorage, 20 miles away from UAE on Wednesday, 12th Aug 2020, reported the US Central Command.

The tweet said: “Today in international waters, Iranian forces, including two ships and an Iranian “Sea King” helicopter, overtook and boarded a ship called the ‘Wila’,”

At around 5:30 pm Dubai time, two Iranian ships appeared in its vicinity while a helicopter sent down personnel through a rope on-board. 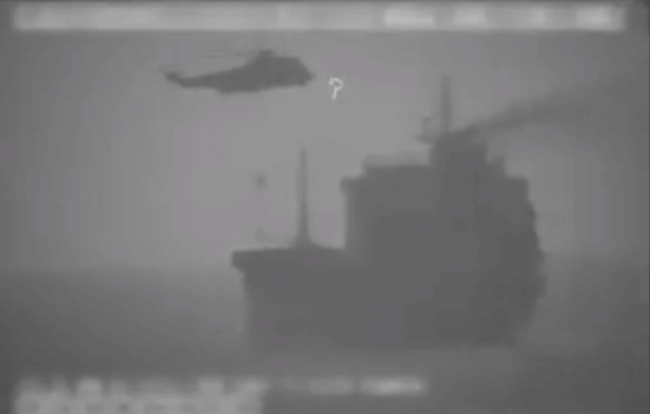 The tanker’s AIS was turned off for 2 hours and turned back on looking like it was slowly sailing towards the north of Khor Fakkan Anchorage. While a coalition ship monitored Wila, no distress call was sent.

The ship is believed to have passed through a critical choke-point, called the Strait of Hormuz, bordering Iran, that holds for about 1/3rd of the world’s seaborne oil flows. Previously, the vessel halted on the 8th of July, close to the Iraqi oil terminal at Al-Basra, to probably collect shipment, as suggested by the increase in the draft.

The US defence later reported that Wila was released after about 5 hours, with zero involvement of US forces other than monitoring it. Wila is considered to be a small tanker with a capacity of 500,000 barrels in the Middle East crude, as compared to other tankers that can hold 2 million barrels.

The incident comes at a time when tensions between the US and Iran have escalated since the US president’s campaigning against Iran aiming to cut off oil exports which have had serious repercussions on the latter’s economy as the numbers have now dropped from 2.5 million barrels a day (2018) to just 200,000 as recorded last month.

Later, Iran and the US have been at loggerheads with ships being attacked mysteriously, seized on sensitive waters along the Gulf, and discovery of smuggled fuel by US authorities. In July 2019, a British-flagged tanker was seized for over 2 months causing oil price volatility.