The fatal collisions of the two guided-missile destroyers USS John S. McCain and USS Fitzgerald between merchant ships that killed 17 sailors were rooted in fundamental failures in the crew’s ability to operate their ships effectively, according to a summary of two investigations the Navy released to the public on Wednesday.

“Both of these accidents were preventable and the respective investigations found multiple failures by watchstanders that contributed to the incidents”, said Chief of Naval Operations Adm. John Richardson in a statement. “We must do better.” 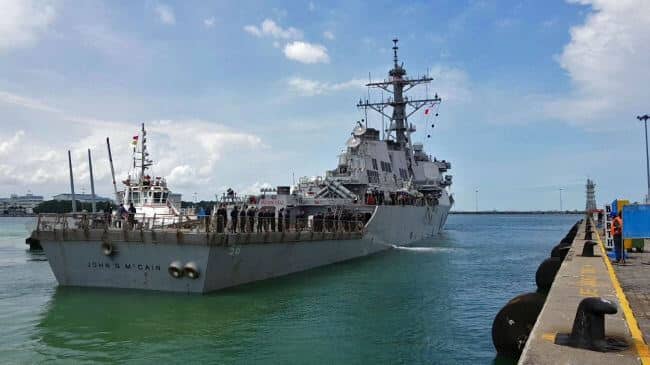 In the case of the June 17 collision between Fitzgerald and merchant ship ACX Crystal off the coast of Japan, investigators found that the crew did not understand fundamental rules of maritime transit and did not understand their radars sufficiently. While in transit, the watch lost awareness of the position of the merchant ship, didn’t rouse the commander for assistance when it was clear the ship was in danger.

“The crew was unprepared for the situation in which they found themselves through a lack of preparation, ineffective command and control, and deficiencies in training and preparations for navigation,” read the findings of the summary.

For the Aug. 21 collision of the McCain in the busy waterway in the Strait of Malacca near Singapore, investigators found a less experienced watch team populated by sailors from the damaged cruiser USS Antietam (CG-54) was on duty when the ship entered the waterway. A misunderstanding of how the steering controls on the ship were configured led to a loss of control of the ship two minutes before the collision with the merchant tanker Alnic MC. The impact of the tanker ripped a hole in the hull flooding three berthing areas and drowning ten sailors who were unable to escape from the spaces.

Both crews did not attempt to contact the merchant ship bearing down on them, sound a warning horn, sound a collision warning or sound general quarters before the impacts.

Early results from both investigations have resulted in the removal of the commanders and executive officers of both ships, Capt. Jeffery Bennett, commodore of the Japan-based Destroyer Squadron 15 to which both ships belonged, the Japan-based task force commander Rear Adm. Charles Williams and the commander of U.S. 7th Fleet Vice Adm. Joseph Aucoin.

While not directly related to the findings of the investigations, U.S. Surface Forces commander Vice Adm. Tom Rowden has requested early retirement and U.S. Pacific Fleet commander Adm. Scott Swift was passed over for consideration to be the next U.S. Pacific Command head.

Additionally, the Navy is set to roll out a comprehensive review into the underlying causes that allowed the lapses to occur overseen by U.S. Fleet Forces commander Adm. Phil Davidson later this week to present recommendations for corrective action for the surface force.

“We are a Navy that learns from mistakes and the Navy is firmly committed to doing everything possible to prevent an accident like this from happening again,” Richardson said.
“We must never allow an accident like this to take the lives of such magnificent young sailors and inflict such painful grief on their families and the nation.”

Click Here To Read The Post That Will Be Updated Throughout The Day With Additional Information From The Investigations.

A Summary Of Two Investigations The Navy Released To The Public On Wednesday.