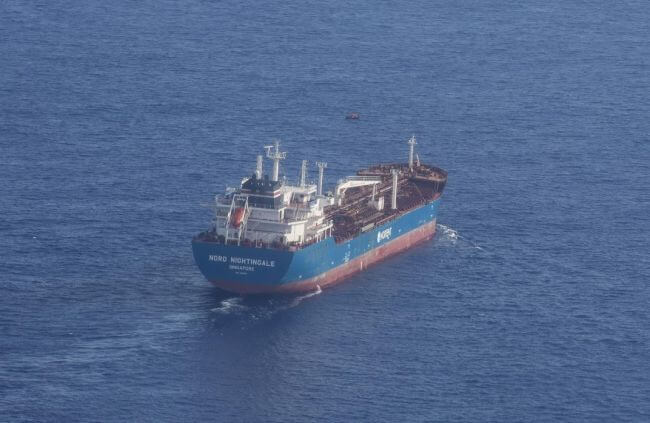 Coast Guard rescue personnel used the Amver system to locate the 600-foot chemical tanker Nord Nightingale which was near the sunked sailboat. The crew of the Nord Nighingale agreed to divert and assist in the rescue operations.

The Coast Guard also coordinated with the U.S. Air Force who launched pararescuemen and medical supplies from the 920th Rescue Wing. The team of Air Force rescue specialists were able to parachute down to the injured yachtsment and begin treating them.

The survivors and pararescuemen were hoisted aboard the Nord Nighingale and a U.S. Air Force helicopter arrived to hoist the seven and transport them back to Florida where the survivors were transferred to EMS and transported to a local hospital.