The attacks occurred just east of the Strait of Hormuz, involving a Marshall Island flagged ship and a Panama flagged ship.

“We strongly call for nations to do what they can to de-escalate tensions and ensure the safe passage of merchant shipping in the Strait of Hormuz,” says Angus Frew, BIMCO Secretary General & CEO.

“It is unacceptable that the lives of innocent seafarers are put at risk in these unprovoked attacks,” Frew also says. 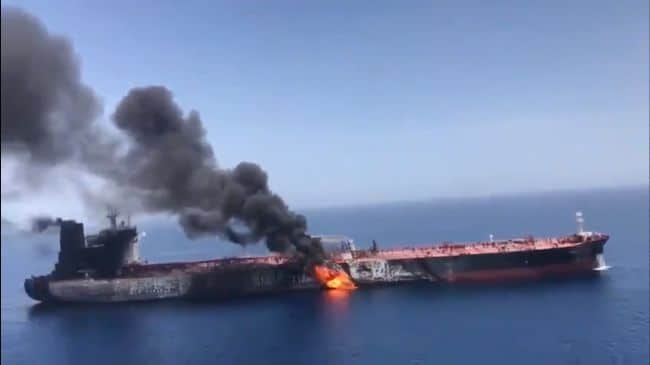 BIMCO represents around 60% percent of the world’s merchant fleet measured by tonnage.

“The increase in attacks and the escalated threat to seafarers is an urgent concern to the industry. Following the two most recent attacks, and while we await the results of the investigations of the attacks, the tension in the Strait of Hormuz and the Persian Gulf is now as high as it gets without being an actual armed conflict,” says Jakob P. Larsen, the BIMCO Head of Maritime Security.

The Strait of Hormuz provides the only sea passage from the Persian Gulf to the open ocean and is one of the world’s most important sea lanes. Disruption of shipping through the strait will have a major impact on the oil trade and the shipping industry.