ICS, East India Branch had conducted 3 conferences on Legal matters pertaining to Maritime Sector prior to joining hands with M/s Hinode Events a Knowledge Partner to serialise this an Annual Conference on Legal Maritime Legal matters. The Branch takes pride to state that “The Ministry of Shipping” & “The Directorate General of Shipping” have taken the view of the Branch in several legislative matters.

Capt.K.G.Ramakrishnan,FICS, Past Chairman acted as the Convenor for this Conference

Capt. K.P.Rajagopal,FICS(Chairman) welcomed the audience, introduced the Speakers and Chaired the inaugural session.

The Key note speech was delivered by the veteran Barrister at Law Capt.A.K.Bansal, who gave the history of Maritime Law dating back to the ancient times and the journey until the current times.

The event attracted representations from some of the biggest names of the Legal Industry. 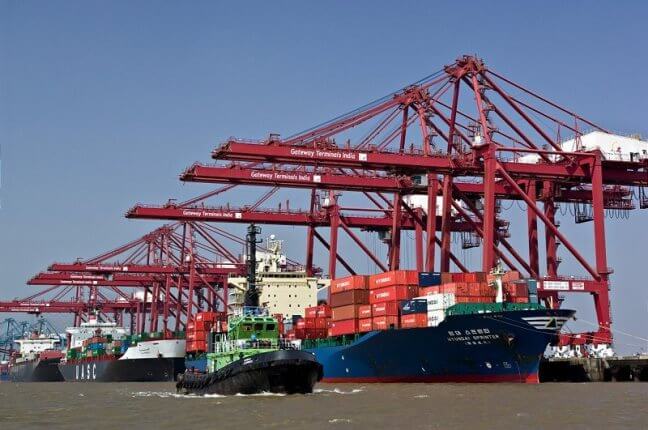 This was followed by excellent presentations by the following:

Lunch was hosted by Ben Line Agencies & Callidus Legal, The Chambers of George A Rebello

Capt Ramakrishnan performed task as MC, fixing the pitch to be played on. Capt Rajagopal the incumbent Chairman of ICS branch had the onus of playing Umpire’s role in the first session. Senior-most veteran Capt Bansal a barrister from Lincoln’s Inn, and an arbitrator and mediator to boot, set roll the proceedings after the traditional inauguration of lighting the lamp to dispel darkness of ignorance from the mind. He did peek into history of shipping and maritime law, briefly touching upon its various facets from times of yore and left everyone astounded about legal status of ship through its alter ego Master.

Maritime Spatial Planning and the Legal Perspective was thoroughly delved into by Capt John Prasad Menezes and Implications of Multimodal Transportation in Sea Carriage was dug out in depth by Dr R Sunitha Sundar. Capt Menezes drew attention to the developing scenarios of deep sea exploration & mining, creation of artificial islands etc and implications of having to work in vacuum of laws and jurisdictions. Ms Sunitha, drawing from vast experience as advocate and arbitrator highlighted the difficulties faced in intermodal trades and its overhang on ship as a carrier from Hague-Hague Visby driven COGSA days, not alienating it from specific specialities of Multimodalism that should have been a saving grace from complications ashore.

The Legal Aspects from cargo Discharge to Delivery was addressed step by step by Advocate Giridharan. He took pains to walk the audience step by step through procedures, legal pitfalls and authorities/controls involved, suggesting solutions as a guide and trainer would, without missing out the aspects affecting CFS, Forwarders, Agents, Hauliers etc. A self-answering Quiz on Offshore Contract Law was presented by Advocate Ashwin Shanker. He focused on offshore industry highlighting how it differed from scenes on waterfront and at sea in commercial trades. He aptly played the role of judge, jury and executioner reflecting roles of players, spectators and umpires combined in cricket.

Capt Kapil Dev Bahl chaired the post lunch session on Legal Divergence in Effecting Vessel Arrest in India by Advocate Joy Thattil, Ship Arrests in India – Indian Coast Guard Perspective by DIG Donny Michael, CSO (Ops) West, and Recent Incidents on the High Seas – precedents they may set and their relevance to Commercial Shipping by Cmde Ranjit Rai (Retd). Arrest and subject of Armed Guard provider Seaman Guard Ohio which strayed in to Indian territorial waters off Tuticorin in 2014 was brought up. It was felt that the crew including ex-Navy sailors were sentenced under Indian Arms Act for being without licence, as no laws had been framed for Armed Guards and such ships.

Friendly fire between Coast Guard and Navy was deftly handled by Capt Bahl, the former stating what CG can do and the latter magnifying the threat from China and its expansionist efforts in China Sea spreading across Asia. The audience were bit aghast about SUA, UNCLOS and the like called in to demonstrate muscle power, as the stand-offs and failures in chasing cases off the coast turned out to be worrisome.

Jurisdiction for arrest was hotly contested -differentiating practices of Madras, Bombay and Andhra High Courts, as if lawyers were protecting their home turf ports. But such myth was blown when it was cited that Kerala High Court had granted arrest of a ship off West Africa to recover dues of an Indian contractor. That Customs notifications on declaration/nomination of boxes to CFS in Chennai and Mumbai were at odds, over the years was pointed out.

Shipping specialist of P&I Club fame Sanjeev Bhandari conducted the last session covering Making Mediation work for you addressed by Advocate Uma Ramanathan, Arbitrate successfully by Mr M Jagannath from Singapore and Conflict of Laws during Mediation in Shipping Claims by Advocate D Bharatha Chakravarthy. There were calls for promoting Arbitration in India, citing revenue loss and opportunity lost for developing professional expertise, even though Mediation and Conciliation were recognized as better alternatives, arbitration having got stalled in quagmire mirroring procedures in courts, and appeals at every stage. The amendments to Arbitration Act, it was felt would help the cause, but opinions were divided on how soon, if at all.

The unplayable in-swing, out-swing and yorkers were that of ‘Knock-for-knock’ in Towcon, Towhire, Supplytime etc, that had to go on appeal to third umpire. Their presence in them was acknowledged, in different wordings though. That Tort cannot be contracted out of, also was emphasized.

Giridharan was spotted as the most talented batsman, Sanjeev Bhandari the ambidextrous (give & take vide indemnifying) all-rounder and Ashwin Shankar the quizzical bowler floating in his quiz at varied pace that he only could read and answer. Capt Pullat, it was felt kept the wicket well not letting anything slip past him. He cautioned on widespread use of Letter of Indemnity (LOI) citing a case of fraud and added that even originals of Straight BL had to be surrendered for delivery of cargo. He stressed on the importance of having counter-party guarantees vide Charterers Club entries, ISO standards etc in chartered trades to cover stevedores too. Capt K.P. Rajagopal flagged the losing importance of “Adventure”& Perils of the sea” which were the hallmarks of yesteryears practice, as we move forward into implementing new laws such as Rotterdam rules, Cyber Laws, and future Spatial requirements at sea, which would be a totally new “Adventure”.

On the sidelines, issues pertaining to Charter Parties and tramp trades were discussed. Contractual or not is what basically differentiates claims under collision/contact under FFO (Fixed & floating objects) between H&M and Clubs, it was averred. A few intelligentsia agreed that H&M cover P&I entry were not mandatory for ships, though Indian ports insist on Club entry proof for each and every entry. Cover for compliance for strict liability like Bunker Convention, CLC, Wreck removal, MLC etc are compulsory it was agreed. It was felt that such compliance should be verified at the entry into territorial waters of 12nm, instead of waiting to inspect in ports. Likewise submission of all documents for PSC by email/EDI too. A suggested solution was for Master to submit such information digitally along with routine security reporting, and its inclusion in AIS when its software is upgraded in due course, time-bound but.

There were comments from odd participants that time allowed and subject coverage was not adequate, Charter party issues should have been dealt in depth and feed back/evaluation was missed.

Unlike the usual T20s, as there was no winner and loser, a cheque of Rs 5 Lakh donated by Sanjeev Vakil of HIMT was earmarked for gifting students who top ICS exams. A sumptuous lunch had not reduced enthusiastic participation and the crowd left in the evening with most of their doubts cleared, but looking forward to more that inevitably crop up in a globalized world of shipping deriving its demand from economic activities and trade, truly hoping that the market would turn around sooner than later.