You are here: Home › Shipping News › Innovation Paving The Way For Marine Industry In 2016
TwitterFacebookLinkedInPinterestBuffer

From the price of oil to environmental regulation, 2015 was a year of turmoil and uncertainty for the marine sector. Despite this, there were some common global trends that will define 2016.

In December 2015, world leaders met at the COP21 conference to discuss climate change. The event’s outcome marks a decisive move towards a low carbon future focused on achieving the agreed-upon world target of 1.5 degree climate change ceiling. Indeed, despite being the most carbon-efficient form of commercial transport[1], the scale of global shipping means it emits around 1,000 million tonnes of CO2 annually, and is responsible for 2.2% of global greenhouse gas emissions. Therefore the industry has a strong role to play in meeting this target. 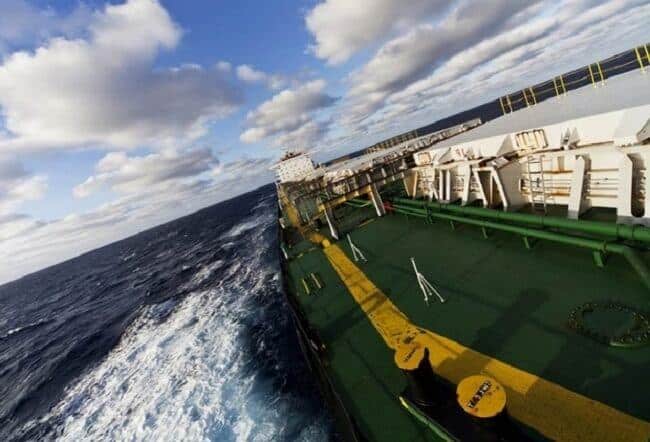 While no targets were specifically mentioned for the shipping industry during the COP21, the UN’s IMO[2] regulations have already established and imposed challenging regulation around emissions and fuel efficiency. Additionally, the EU introduced the MRV[3] framework in April 2015 which will require large vessels calling at EU ports to collect and publish annual data on CO2 emissions, starting from January 2018. With more scrutiny to come, the maritime industry will need to implement solutions that will help limit their emissions’ impact on the environment.

The overall decline in global shipping, timed with an increase in megaship deliveries, results in industry overcapacity. Consequently, ratings agency Fitch has revised its outlook for global shipping to negative for 2016, from stable in 2014, although long-term seaborne trade and fleet are both forecast to grow between 3% and 3.5% on average per annum to 2025[4].

The offshore industry remains particularly vulnerable. Rising costs, program delays, a large backlog ($390 billion) leading to oversupply, volatile oil prices and corruption scandals in the oil & gas industry in Brazil have created the perfect storm. Capital for building new offshore vessels is estimated to be $15 billion in 2015, down 75% from $68 billion in 2013[5]. We have seen exploration and extraction activities slow down and offshore owners and operators are under great pressure to meet cost challenges.

The volatile state of the industry and stricter environment regulations mean we need to change the way we operate. Companies must rely on innovation using new technologies to increase productivity and meet the new environmental regulations on existing vessels, as well as taking a fresh look at new possibilities to cost effectively produce new vessels.

These regulations will impact both the environment as well as the engine manufacturers. Advanced engine technology is needed to make sure new ship engines meet the stricter emissions requirements, and cause as little impact to the vessel design and operations as possible.

Because the engine does not need a urea-based selective Catalytic Reduction (SCR) after-treatment system, it requires only about 25% of the engine room space versus other market solutions, reducing the need to make significant design changes on the vessel. This technology also eliminates the incremental operating expenses for urea use, catalyst replacements and maintenance on a SCR after treatment system.

Moving to a digital marine mind-set

With all eyes on operational expenditures in an uncertain market, technology will play a vital role in making marine operations as efficient and cost-effective as possible.

To meet this demand, more shipbuilders will build vessels with technology at the forefront of the design process, using advanced modelling software which analyses a vessel’s anticipated operational profile, and optimises the design from the offset.

Using digital tools, vessels will also become greener, more efficient, and increasingly productive. GE’s SeaStream* Insight, for example, provides operators with a holistic view of their ships, allowing them to spot anomalies and other data which lead to better operational decision making and therefore fuel efficiency.

With Predix* at its core, SeaStream Insight allows preventative maintenance to be carried out before a failure occurs, thanks to early warning signs made visible through data-driven analytics. This level of visibility allows operators to switch from a scheduled maintenance model, to a condition-based one, reducing downtime and offering significant cost-savings.

With belts being tightened across the industry, the cost-savings that digital technology can deliver can’t be ignored.

The year ahead presents an opportunity –increased environmental regulation paves the way for wider use of hybrid energy solutions, which are not only cleaner, but also offer significant leaps forward in efficiency. This is good news for operators across the marine industry, who will be looking to work as cost-effectively as possible in 2016. Operating in a leaner, greener manner is the future of the marine industry, and 2016 will be a defining year.

Stella Maris Supports Seafarers Facing Unseen Crisis At Christmas
‘Did The Ship Shrink?’ – Red Flags Raised Over Ship Registered In Fiji 14 Meters Shorter Than In Canada
Want to share your tips and advice? Got questions? Visit the community forum to ask questions, get answers, meet people, and share your tips!