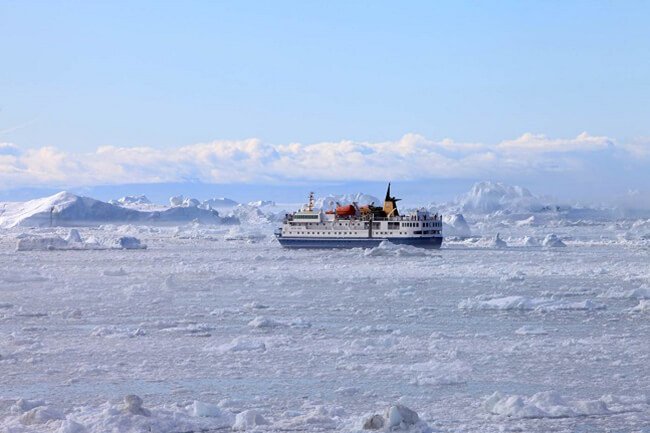 GX entered global commercial service at the end of 2015 and has already been adopted by major private and public sector organisations across the world as their new standard for seamless, reliable broadband connectivity.

“These tests demonstrate Inmarsat’s commitment to the continuing development of our GX platform, which will be supported by our next generation of satellites, which are already under construction” said Michele Franci, CTO of Inmarsat. “It is important to note that these results were not achieved in laboratory conditions but over a live GX satellite in orbit. We will be able to increase the capabilities of the world’s first, globally available high-speed broadband network and meet the ever escalating bandwidth demands of users.

“Our partnership with iDirect and the deployment of their DVB-S2X technology is key to enhancing the user experience of our GX customers; delivering even greater performance and maximising the commercial and operational benefits of their high-speed broadband connectivity. For example, it is a key enabler for the replacement of expensive airline InFlight-Entertainment systems (IFE) with more capable light-weight, connected streaming solutions that ensure all passengers on even the largest widebody aircraft can access streaming simultaneously.”

Working together, Inmarsat and iDirect intend to gradually introduce these enhanced capabilities to the GX network from 2018-19; deploying the new iDirect technology for end-users across the aviation, maritime, government and enterprise sectors.

The two partners are confident that Inmarsat’s next generation of GX satellites, due to launch around the end of this decade, will achieve throughput rates in excess of 500 Mbps. As the new capabilities are introduced across the GX network, Inmarsat has confirmed that backward compatibility will be assured for existing users.

“iDirect’s implementation of the DVB-S2X standard delivers significant improvements in bandwidth efficiency and capacity,” said Wayne Haubner, Senior Vice President, Engineering & Emerging Technologies at VT iDirect. “330 Mbps represents the highest throughput rate ever recorded over Global Xpress and demonstrates that iDirect’s DVB-S2X technology is ready to deliver. This is the first step in our partnership to push network performance well beyond what end-users demand today and realise lower business costs.”

Building on its world-class heritage, Inmarsat continues to innovate and enhance its technological leadership in mobile satellite connectivity. By incorporating iDirect’s next generation technology into future GX terminals, Inmarsat and its partners will offer to end-users a broad range of benefits including: