The role of Inmarsat as the sole provider of satellite technology performing to Global Maritime Distress and Safety System (GMDSS) standards is set for advancement, after an International Maritime Organization (IMO) Sub Committee decided to greenlight consideration of both FleetBroadband and Fleet One for formal approval.

To date, Inmarsat is the only company which has received approval from the IMO to provide the GMDSS data and messaging communications on which mariners rely in the last resort, currently via Inmarsat C and Fleet 77 services. 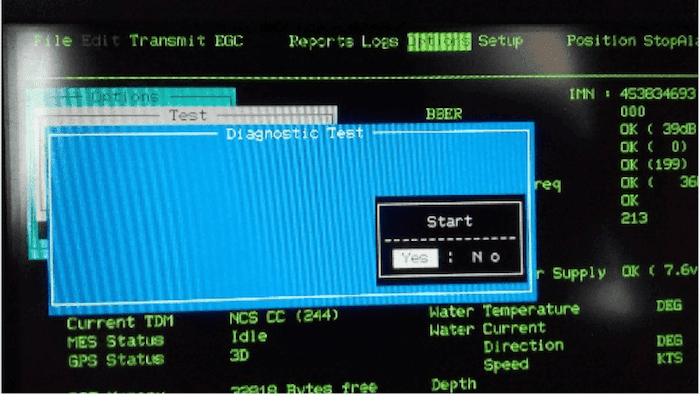 IMO delegates tasked with modernising GMDSS at a Navigation, Communications and Search and Rescue (NCSR) Sub-Committee meeting in March, agreed that FleetBroadband should undergo the necessary and technical assessment by IMSO (International Mobile Satellite Organization), with a report provided for consideration by the next NCSR in 2018.

According to an assessment offered by the IMO’s UK delegation, FleetBroadband has achieved availability surpassing the 99.9 per cent required for GMDSS by IMO in every year since January 2010.

Operating on L-band via the Inmarsat fleet of four I-4 satellites, Inmarsat FleetBroadband terminals are equipped with the same GMDSS functionality as Inmarsat C. Today, around 160,000 Inmarsat C terminals are installed on ships operating worldwide.

“Given that most of FleetBroadband’s components already meet IMO performance standards, the service is on course for a formal approval, and this is very much in line with the agreed timetable for the modernisation of GMDSS,” said Peter Broadhurst, Inmarsat Maritime Senior Vice President, Safety and Security.

GMDSS capabilities have been supported solely by Inmarsat since its inception from 1 February 1999, ensuring that thousands of lives have been saved. “Safety is a cornerstone of all Inmarsat services to the maritime community,” said Broadhurst. “It’s in our DNA.”

He added that an information paper provided to IMO by the UK delegation had noted that FleetBroadband effectively complies with GMDSS while offering enhanced safety and distress features.

NCSR was satisfied that Inmarsat had met the last Maritime Safety Committee’s request to offer detail of outstanding matters to IMSO. This had opened the way for FleetBroadband’s approval to progress, Broadhurst said.

FleetBroadband has been Inmarsat’s flagship maritime service for a decade and currently supports connectivity onboard 45,000 vessels. Offering dependable, seamless coverage, it was the first maritime communications service to deliver cost-effective, broadband data and voice simultaneously through a compact antenna.

The L-band service is far less susceptible to rain fade than VSAT, Ku-band or C-band systems. FleetBroadband also provides continuous back-up for the Ka-band connectivity offered through Fleet Xpress, the Inmarsat service launched in March 2016 that takes maritime communications to the next level.

“The ability of FleetBroadband to deliver the Maritime Safety Data Service (MSDS) will be a direct and clear net safety benefit for ships at sea,” said Broadhurst. “IMO can now move swiftly forward with its approval process, so that Inmarsat FleetBroadband terminals can be formally considered against resolution A1001.25 – the GMDSS mobile satellite communication systems criteria for which Inmarsat C is approved.”

The NCSR also agreed that Fleet One services from Inmarsat merited technical consideration by IMO to assess their inclusion within GMDSS service provision. Also operating on L-band, Fleet One meets the needs of low data usage commercial and leisure customers across any vessel size.