The EU member states’ experts on ship recycling met in Brussels to discuss the latest developments, six months ahead of the application of the 2013 Ship Recycling Regulation. With the recent decision by the Chinese government to stop the import of end-of-life ships for scrapping, the shipping industry is quick to lament that there will not be enough recycling capacity and that there will be too few options for them under the EU List of approved recycling facilities. The industry claims that the standard set by the EU must be lowered so that beaching yards can be approved.

As much as it is a pity that the Chinese yards who have already made efforts to be included on the List may now no longer be receiving EU-flagged ships for recycling, the Platform has calculated that the facilities which are currently on the List, the 21 EU-based ones only, are in fact sufficient to recycle the entire EU-flagged fleet at end-of-life. [1]

Moreover, there are still other facilities outside the EU, as well as those operating in Italy and Norway, which are expected to be included on the List before the application of the Regulation. Indian beaching yards that have applied to be on the EU List will not be included as there is no way for these yards to comply with the requirements of the Regulation as long as ships are beached. The overall capacity and sizes of all the facilities that are compliant with EU law will easily accommodate the recycling needs of EU-flagged ships by 1 January 2019. The scaremongering of the shipping industry therefore needs to be debunked, and the European Commission should not bow-down to the “fake news” spread by the ship owners. 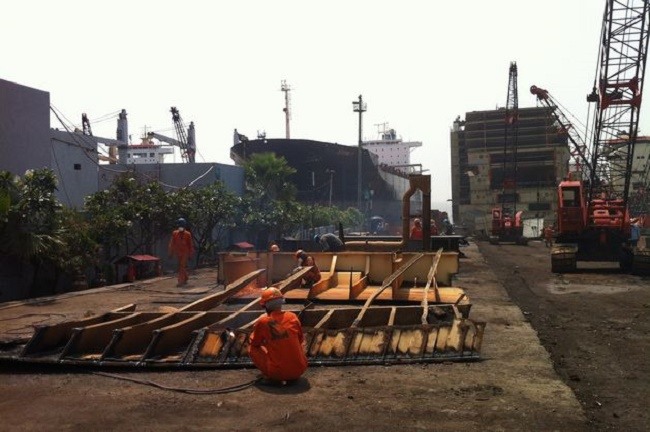 “The EU should aim at ensuring that the European shipping industry no longer causes harm to the environment and workers on the South Asian beaches. 30 percent of end-of-life ships are owned by European companies – compared to only six percent registered under an EU flag. There will be a need to support the expansion of existing or building of new facilities to ensure the clean and safe recycling of the many larger vessels that are owned by European companies”, says Ingvild Jenssen, Director of the NGO Shipbreaking Platform. “Circular economy is the buzz-word and a return scheme for ships is the solution”, she adds.

[1] The 21 facilities that are currently on the EU List have the capacity to recycle at least 1 mill LDT. Whilst most can only take in smaller vessels, at least 10 of the facilities on the List can take in larger vessels. In 2017, less than 500.000 LDT was registered under an EU flag at end-of-life, out of which 245.827 LDT ended up on the South Asian beaches. All EU-flagged vessels broken last year could have been recycled in facilities that are on the EU List, both in terms of LDT and size. Even when adding also the 423.369 LDT of the 24 ships that swapped their EU flag for a non-EU one few weeks before beaching, the total tonnage does not exceed the capacity of the current EU-listed facilities.