I have great pleasure in being with you and welcoming you at the Maritime India Summit. This is the first time that a global event of such a large scale is being organised by India. I extend a warm welcome to all the esteemed guests attending this event in the maritime hub of India. I am sure, this event; together with the seminars and exhibition, will showcase the emerging trends and opportunities in the maritime sector. 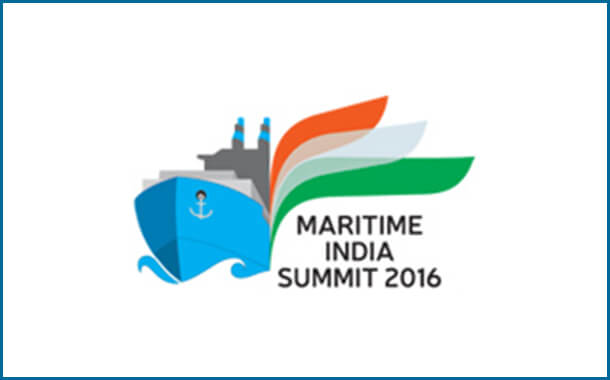 We all know that oceans cover more than seventy percent of the Earth’s surface. We also know that oceans contain ninety-seven percent of the Earth’s water. Therefore, maritime transport can be the most extensive mode of transport. It is also the most eco-friendly mode of transport. However, there is one more aspect to this fact. Which is that, oceans contain ninety nine percent of the living space on the planet. This means that our lifestyle, transport systems and trading behavior should not spoil the ecology of the oceans. Also, maritime security, freedom of navigation and safety and security of sea lanes is equally important.

The challenges of climate change have shown that even offshore human behavior can change the ecology of glaciers and oceans. This is already causing a lot of concern for island countries and coastal communities in particular. I hope this summit will deliberate on these issues while discussing economic issues related with oceans. The elimination of sea piracy, which was a big threat to international shipping a few years ago, is a good example of how joint efforts by maritime nations can achieve outstanding results.

Friends! There is a reason why this important Summit has been organised today, on the 14th of April 2016. Today is the 125th birth anniversary of a great son of India who also lived and worked in Mumbai. I am referring to Dr. B.R. Ambedkar, who was the architect of our Constitution. He is also the architect of the water and river navigation policy in India. I offer my profound respects to Dr. Babasaheb Ambedkar on this auspicious day. I also wish and pray that his wisdom continues to guide us in our efforts towards nation building.

Many of us may not know that Babasaheb created two powerful institutions related to water, navigation and power. They were: The Central Waterways, Irrigation and Navigation Commission and The Central Technical Power Board. His observations while setting up these two organizations is a testimony to his great foresight.

“The objects which have led to the setting up of two organizations are to advise on how the water resources can be best utilized and how a project can be made to serve purposes other than irrigation.”

Dr Ambedkar had emphasized the importance of the new waterways policy in order to lay the foundation for a regime of prosperity for the millions of poor of our country. I am happy to state that we have embarked on the development of National Waterways in keeping with Babasaheb’s vision and foresight. With a GDP growth rate of more than seven percent, India is the fastest growing major economy today. The IMF and the World Bank have indicated even better prospects in the days to come. We are taking aggressive steps to ensure that our process of growth is both fast as well as inclusive. This summit is another step to realize Babasaheb’s dream of an economically strong, socially empowered and technologically equipped India.

I understand that more than 4500 dignitaries and delegates from around forty countries are participating in this Summit. I am particularly happy that the Republic of Korea is the Partner Country for this event. I thank the President of Korea and also the senior Minister, Mr. Kim Young-Suk who is present here.

Friends! We Indians are inheritors of a glorious maritime heritage. The world’s first dock was built at Lothal in Gujarat around 2500 BC during the Harappan Civilisation. This dock was equipped to berth and service ships. It was built after studying tidal flows.

In addition to Lothal, there were also some other Indian ports, which were major drivers of global maritime trade two thousand years ago. These included:

There are many references in ancient Indian literature and in Greek and Roman works about the vibrant maritime trade of India with Rome, Greece, Egypt and Arabia. Ancient and medieval Indian traders maintained links with countries in Southeast and East Asia, Africa, Arabia and Europe.

Friends! Since my government took over, among other things, we have laid emphasis on building futuristic infrastructure. This includes building next generation infrastructure in many sectors. Port, Shipping and Maritime infrastructure is prominent among them. It is my Government’s endeavour to revive and restore India’s position of eminence in the global maritime sector.

Building upon our glorious maritime tradition, we are working hard to achieve new heights in this area. In the very early days of our Government, we announced the Sagarmala programme. This is aimed at leveraging our long coastline and natural maritime advantages. It also focuses on promoting port led development, energizing the coastal economy and infrastructure development in these areas. We particularly want to modernize our ports and integrate them with Special Economic Zones, Port based Smart Cities, Industrial Parks, Warehouses, Logistics Parks and Transport Corridors.

I must mention that our vast coastline of 7500 kilometers offers a huge investment opportunity. Apart from the length of the coastline, India’s maritime potential also lies in its strategic location on all major shipping highways. In addition, we have an expansive and productive hinterland, through which flows a network of mighty rivers. Our maritime agenda will complement this ambitious infrastructure plan for the hinterland which is going on in parallel.

I call upon the global business community to partner with us to give shape to our process of port led development. I am sure, the long coastline of India along with diverse coastal regions and hard working coastal communities can become an engine of growth of India.

To enable the growth of the port and related sectors, we have carried out several reforms and taken a number of new initiatives.

The results of our initial efforts are clearly visible:

However, this is just the beginning. We want to do more. We are enhancing our own capacities of execution and implementation. The National Perspective Plan of the Sagarmala Programme has been released today. During the last two years, major ports have awarded 56 new Projects involving an investment of more than 250 billion rupees. This will create an additional port capacity of 317 million tonnes per annum. Our vision is to increase port capacity from 1400 million tonnes to 3000 million tonnes by 2025. We want to mobilize an investment of one lakh crore, or one trillion rupees, in the Port Sector to enable this growth. Five new ports are planned to meet the increasing demand of the Exim trade which will rise in proportion with the fast-growing Indian economy. New ports are also being developed by several coastal States of India.

The multiple measures to promote Coastal Shipping coupled with the anticipated rise in domestic production of coal, is expected to enhance coastal transportation of coal by at least four fold by 2025. We are engaging with our immediate and regional neighbours to promote shipping and maritime security. Recently India has signed a Coastal Shipping Agreement with Bangladesh which will be mutually beneficial. India is also engaged in the development of Chahbahar Port in Iran. A special purpose vehicle by the name India Ports Global Limited has been established to take up Maritime Projects overseas.

I am informed that the Ministry of Shipping is showcasing about 250 projects with investment opportunity in the Maritime Sector. These projects include various infrastructure development opportunities in 12 Major Ports, projects in eight maritime states and other agencies. Of these, over 100 projects have been identified under the Sagarmala Programme. With more than 14,000 kilometers of navigable inland waterways in the country, there is tremendous potential for development in this sector. My Government is committed to integration in infrastructure. We are also committed to creating an enabling environment for investors and to facilitate investments with an open mind.

Friends! All this is being done to benefit the common man. This is being done to provide employment to the youth. This is particularly being done to empower coastal communities. Approximately eighteen percent of India’s population lives in 72 coastal districts. It comprises twelve percent of India’s landmass. Therefore, there is a need for holistic and sustainable development of coastal regions and communities. Development of coastal communities especially fishermen requires an integrated approach. As part of the Sagarmala programme, we will adopt a comprehensive approach with focus on capacity building and training, upgrading of technology and for improving physical and social infrastructure. This will be done in collaboration with the coastal states.

These initiatives will create employment opportunities of approximately ten million jobs over the next ten years. This includes four million direct and six million indirect jobs. To broaden livelihood opportunities further, we are planning to deploy modern and sophisticated fishing vessels. This would enable them to harness resources in India’s Exclusive Economic Zone. In addition, we are also focusing on value addition in fisheries, aquaculture and cold chain development.

The Port Sector in India is a good mix of Private and Public Ports, with both contributing to the growth of the sector. The PPP model of development has been quite successful in this sector and has helped in bringing latest technology and best practices. Private Ports have been growing at a very healthy pace and have nearly doubled their capacity in the last 5 years. They handle around 45 per cent of the total cargo. Most of these Ports are new, with modern facilities and can match the best international Ports in terms of performance and infrastructure.

Friends! India has had a glorious maritime history. We are on the path of shaping an even better maritime future. The maritime sector not only creates and facilitates economic activities; it also connects countries and civilizations. Moreover, it is the cleanest and cheapest carrier of global trade. Investing in maritime sector is not only investing in one’s own future; but in the future of the planet and that of coming generations. However, in this sector, no country can achieve the desired results in isolation. Nations have to collaborate to realize this potential and to overcome challenges in this sector. The objective of this Summit is to provide a platform and forum for such cooperation.

Once you are here, I assure you that I will personally hold your hands to see that your berthing is safe, secure and satisfactory.