The Indian Navy’s second ocean going sailboat Tarini will be inducted at a ceremony scheduled to be held at the INS Mandovi Boat Pool on evening of 18 February 2017. Admiral Sunil Lanba, Chief of Naval Staff will also be present on the occasion. INSV Tarini is a sloop built by M/s Aquarius Shipyard Pvt Ltd at Divar, Goa. The sail boat Tarini is being inducted into the Navy and is slated to be the platform for First Indian All Women Circumnavigation of the Globe expedition of the Indian Navy.

The boat has been built to a stock design by Van de Stadt, Netherlands called Tonga 56. The hull is made of wooden core fiberglass sandwich construction for a better performance than aluminum and steel. INSV Tarini carries a suite of six sails including a Main sail, Head sails (Genoa and stay sails), Downwind sails and Storm sail. 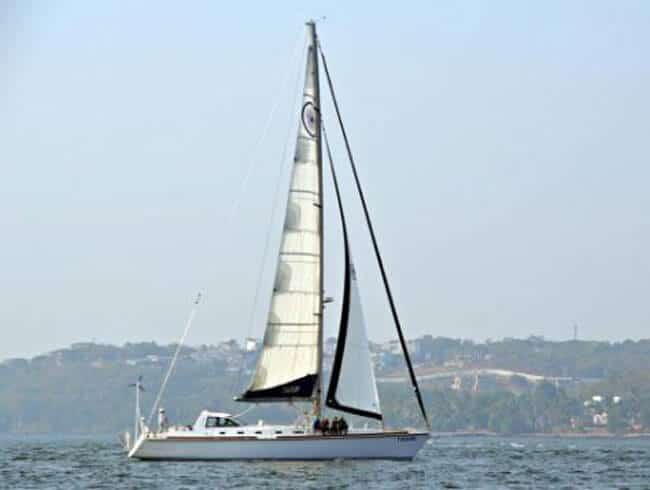 Her mast is 25 meters tall and has been custom built by M/s Southern Spars, Cape Town, for sailing in extreme conditions. She boasts a Raymarine navigation suite and an array of latest satellite communication systems through which she can be contacted anywhere in the world.

The trials of the newly built INSV Tarini were successfully completed on 30 January 17 and all the learning experience from INSV Mhadei has been incorporated in this vessel right from the start. The keel of the vessel was laid by the Defence Minister, Shri Manohar Parrikar on 27 March 2016 at the Aquarius Shipyard. The construction was diligently overseen by the Warship Overseeing Team, Goa and the vessel is being delivered before the scheduled date of delivery by the boat builder. The successful construction of both the Mhadei andTarini in Goa are a tribute to the Government’s ‘Make in India’ policy.

INSV Tarini is almost identical to her illustrious predecessor, the iconic Mhadei which has sailed over 115000 nautical miles in the past eight years. This includes path breaking voyages like the first Indian solo circumnavigation undertaken by Capt Dilip Donde (Retd) in 2009 and first solo, non-stop and unassisted circumnavigation by Cdr Abhilash Tomy in 2013.

The boat draws her origin from the famous Tara-Tarini temple of Orissa’s Ganjam district. The word Tarinimeans a Boat and is also a Sanskrit word for Saviour. Tara-Tarini is a patron deity for sailors and merchants and is worshipped for safety and success at sea. Tara-Tarini of Orissa is known to have historical linkages with the river Goddess Mhadei- the exclusive boat deity of the Mhadei river of Goa. Both the deities Tariniand Mhadei have sculptural similarities. 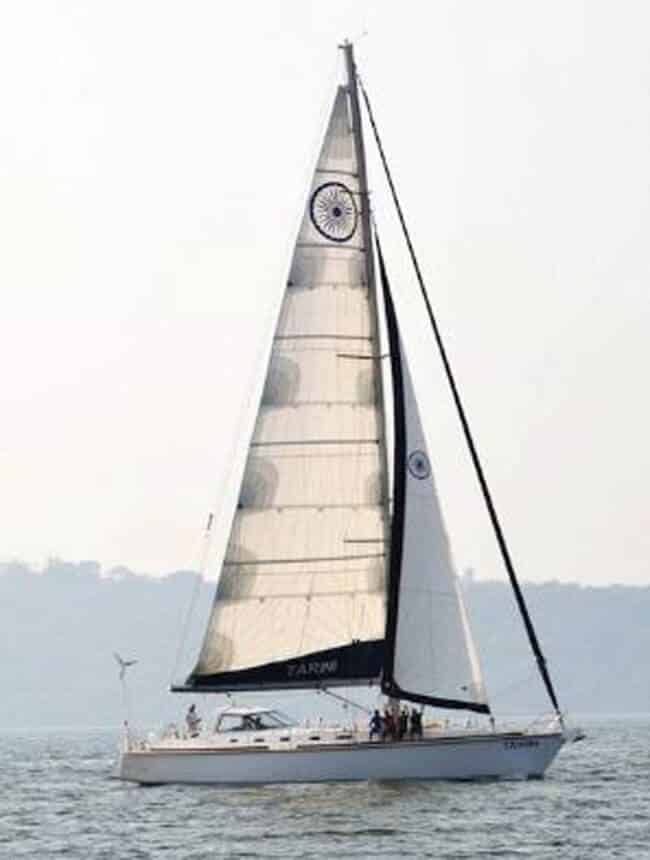 In order to promote ocean sailing activities and to encourage women empowerment, the Indian Navy conceptualized the idea of the First Indian All Women Circumnavigation of the Globe. A team of six women Officers led by Lieutenant Commander Vartika Joshi was selected for this project. These officers have done basic sail training courses at INWTC Mumbai followed by Navigation, Seamanship, Communication and Meterology courses at various naval training schools at Kochi. After completion of theoretical courses, the officers sailed INSV Mhadei to Vizag for the International Fleet Review 2016 and thereafter to Mauritius and back. Following that, they sailed the boat on a grueling voyage to Cape Town in Dec 16.