At about 11:00 PM on 21 June 15 an Indian flagged, container vessel “Jindal Kamakshi” sent out a distress alert. The vessel was on passage from Mundra to Kochi with 20 crew members onboard. The merchant vessel was about 100 km from the Mumbai harbour and reported that it was tilting to one side by 20 degrees. Bad weather further aggravated the situation and the ship therefore closed the shore and anchored about 25 Km West of Vasai creek. The distress was received by Coast Guard Maritime Rescue Coordination Centre (MRCC Mumbai).

Despite heavy winds, rain, pitch dark night and poor visibility, Indian Navy immediately launched a Seaking Helicopter at 12.45 A.M. on 22 June 15. The helicopter went overhead the vessel and carried out a visual assessment and when captain of the vessel intimated that immediate assistance was not required, the helicopter returned to Mumbai. In order to respond to any emergency the guided missile destroyer INS Mumbai was brought to immediate readiness and sailed out at 2.00 A.M. in the morning. The ship arrived at the scene at about 07:30 AM. 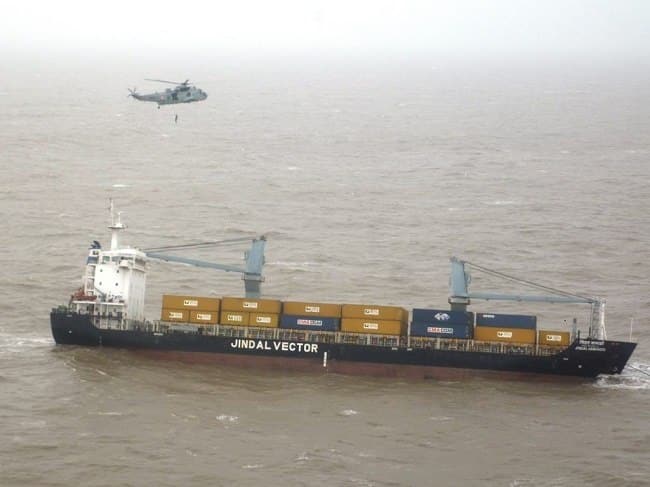 By 6.15 A.M. on 22 Jun 15, the condition had worsened due to strong winds, heavy rains and dangerously high waves. Since the situation onboard the Merchant Vessel had worsened, the Master requested for assistance in evacuating the crew. As the weather conditions were unsuitable for rescue by ships, the Seaking helicopter was once again launched at 7.10 A.M. in the morning in poor and adverse weather conditions and the skilled crew commenced rescue operations at 7.45 A.M. Indian Coast Guard being National Maritime Search and Rescue Coordinating Authority (NMSARCA), launched Chetak helicopters from Daman and Mumbai. 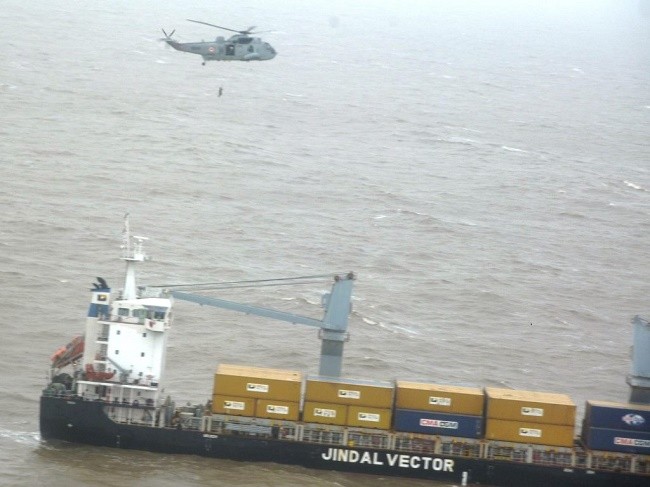 19 Indian crew of the vessele were wintched up by the Seaking Helicopter and brought to safety to INS Shikra, the Indian helicopter base at Colaba. The Master of the stranded ship was rescued by the Coast Guard Chetak helicopter launched from Mumbai. A second Naval Seaking Helicopter was launched at 8.45 AM. 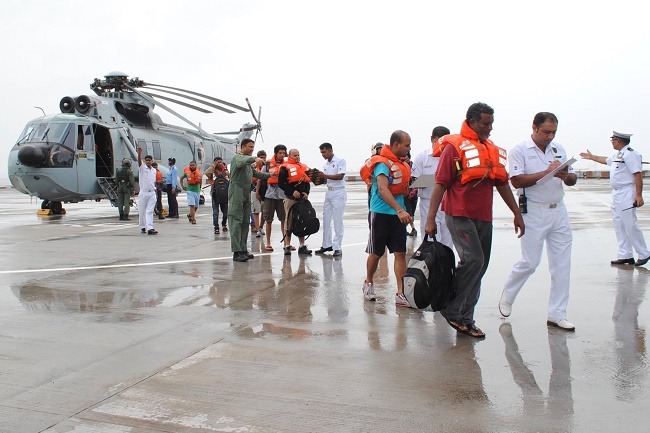 Captain and crew have expressed their gratitude for the prompt response of the Navy and Indian Coast Guard in carrying out a daring rescue in most dificult weather condition.