In yet another dramatic life-saving mission, Indian Navy and Coast Guard undertook a difficult rescue operation off the Coast of Umargam, in which a total of 14 crew from ill-fated vessel MV Coastal Pride were safely evacuated by helicopters of the Navy and Coast Guard.

At about 07:00 AM, on 24 June 15, a distress call for evacuation of 14 crew members, from an anchored vessel MV Coastal Pride was received at Coast Guard Maritime Rescue Coordination Centre (MRCC (MB)) from Director General Shipping communication centre in Mumbai. The vessel, which had earlier reported complete engine breakdown, had anchored off Umargam, which is 150 kms North of Mumbai and 15 kms from the coast.  Promptly reacting to the situation the vessel, which had been constantly monitored by the Navy and the Coast Guard, was contacted on radio.

It was ascertained that due to extremely bad weather, the vessel was slowly tilting and rolling vigorously. The Captain also requested for evacuating its crew. 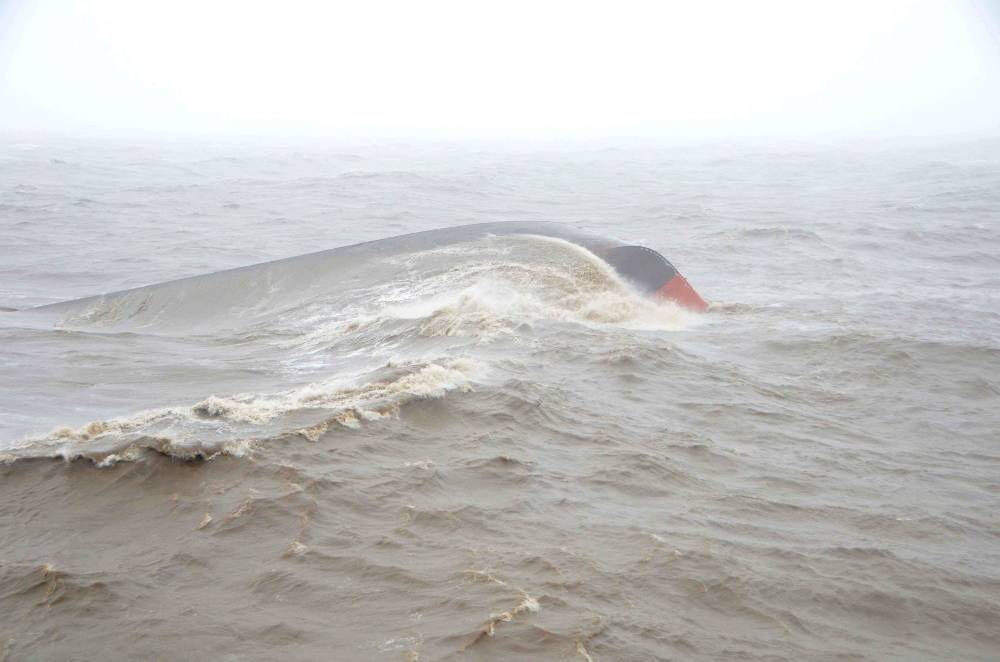 Braving the extremely bad weather coupled with incessant rains, Coast Guard Chetak helicopter was launched from Air Station Daman at 07:40 A.M.  A Naval Seaking helicopter was also immediately launched around the same time from Mumbai to assist in rescue mission. 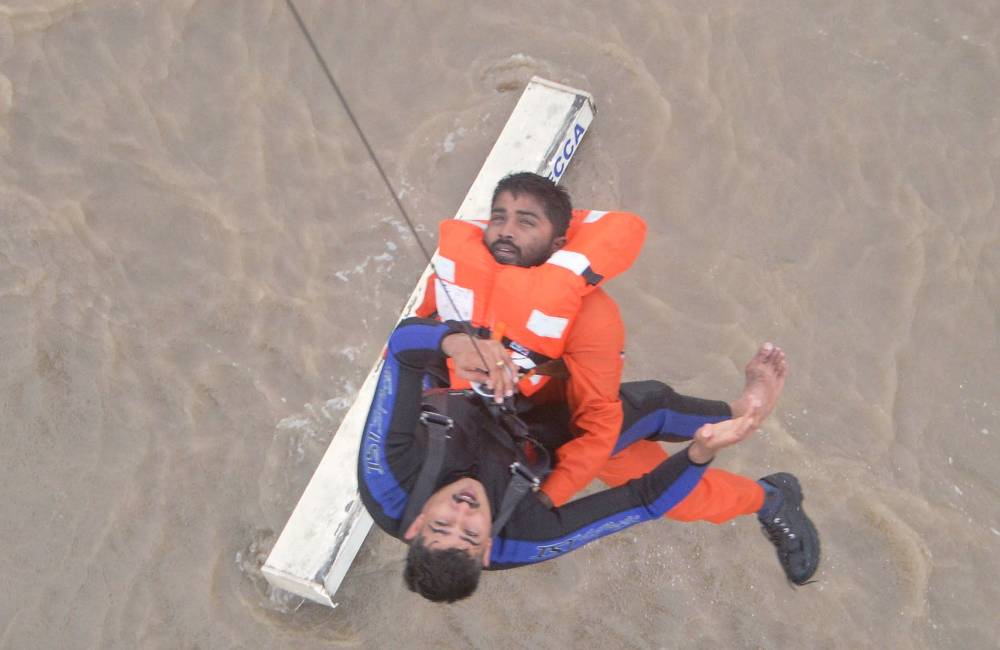 Upon reaching the vessel, the Coast Guard Chetak initially winched up six survivors in two trips and dropped them to Umargam beach, which is the closest land.  In the meantime when the Chetak was returning for the third rescue trip, the ship capsized at about 08:45 AM. 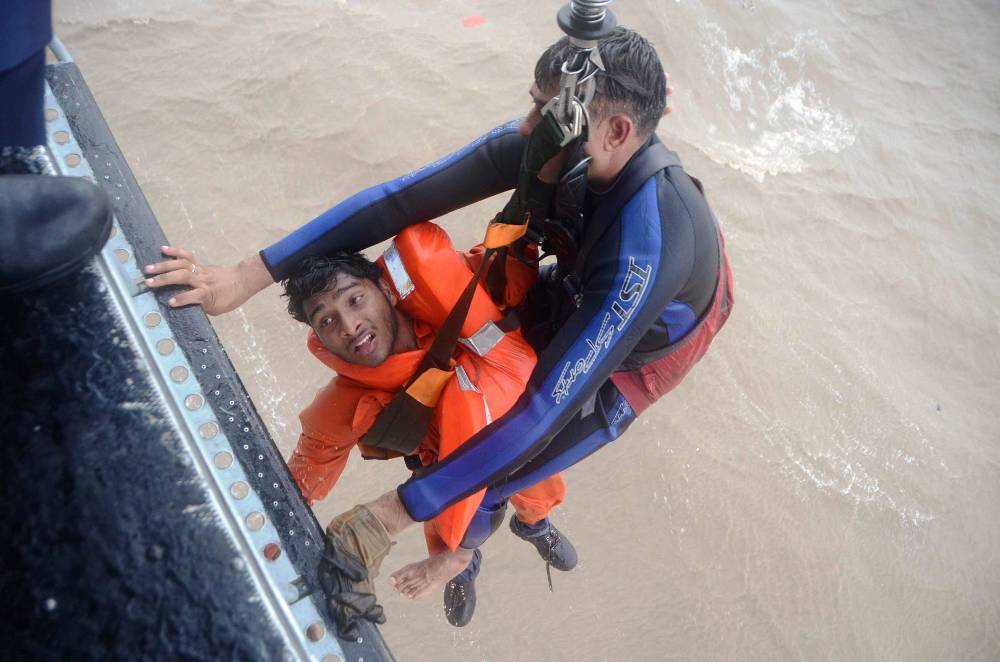 Thereafter the Seaking from the Indian Navy and Chetak from, the Coast Guard picked up the remaining survivors (six by Seaking and two by Chetak) from the water.  All 14 survivors from the ill-fated vessel were evacuated to Umargam beach.  The rescue of the crew from the ship has been most dramatic and showcased the heroic courage of the helicopter crews of the Navy and Coast Guard in carrying out rescue operations in extremely strong wind conditions, very rough seas and poor visibility. 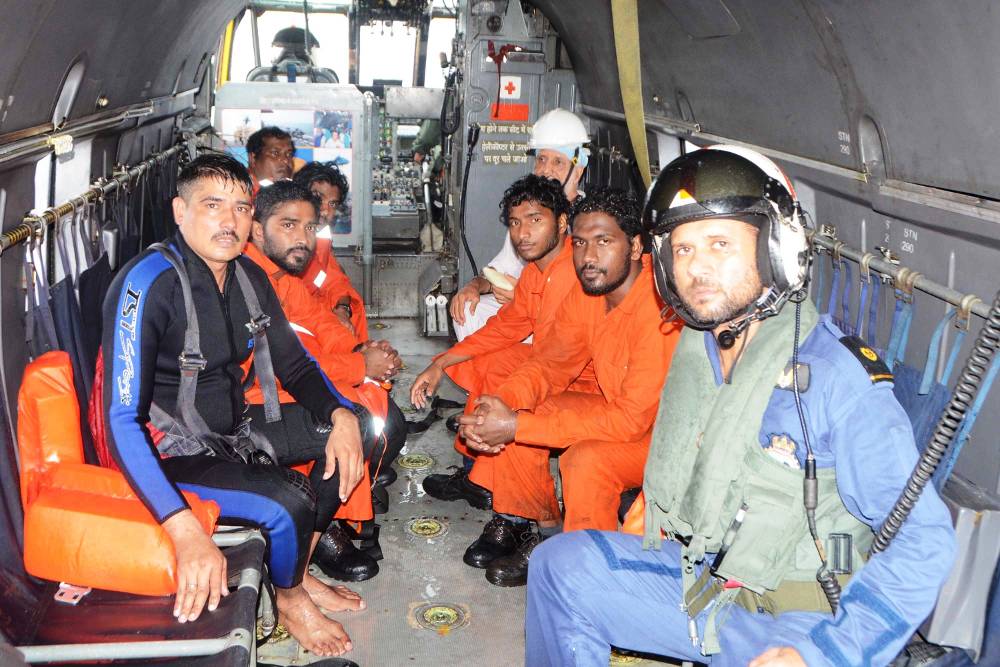 The actual problem for the vessel started on 22 Jun15, when on a routine surveillance CG Dornier contacted MV Coastal Pride, a 78 M Cargo vessel was monitored and on 23 Jun 15, on losing all machinery, the vessel was directed to drop anchor. 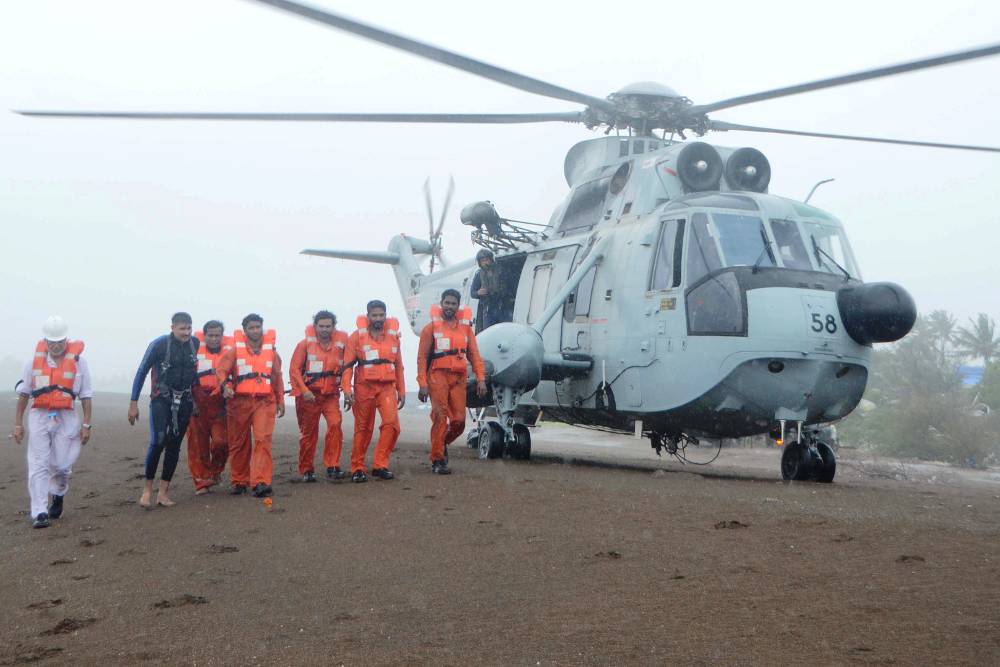 Since 23 Jun 15, the owner of the vessel had been arranging for a tug to tow the vessel. However, the hired Tug could not sail on due to inclement weather conditions on 23 Jun 15.