The Union Cabinet chaired by the Prime Minister Shri Narendra Modi has approved the Merchant Shipping Bill, 2016 for introducing it in the Parliament. 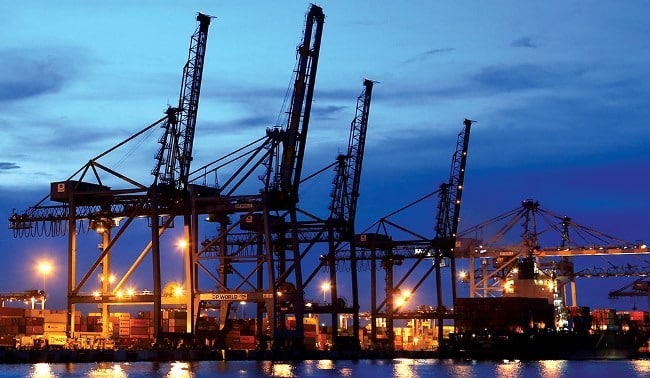 The Merchant Shipping Act, 1958 had become a bulky piece of legislation over the years as a result of various amendments carried out in the Act from time to time. It was amended 17 times between 1966 and 2014 resulting in an increase in the number of sections to more than 560 sections. These provisions have been meticulously shortened to 280 sections in the Bill.

The provisions of the Bill will simplify the law governing the merchant shipping in India. Further, certain redundant provisions will be dispensed with and remaining provisions will stand consolidated and simplified so as to promote case of doing business, transparency and effective delivery of services.

The significant reforms that will usher in, upon enactment of the Bill, are:

A. Augmentation of Indian tonnage promotion/development of coastal shipping in India by:-

a) allowing substantially-owned vessels and vessels on Bare Boat-cum-Demise (BBCD); charter by Indians to be registered as Indian flag vessels;

b) recognising Indian controlled tonnage as a separate category;

c) dispensing with the requirement for issuing of licences to Indian flag vessels for coastal operation and for port clearance by the Customs authorities; and

B. Introduction of welfare measures for seafarers, such as:-

a) seafarers held in hostage captivity of pirates will receive wages till they are released and reach home back safely;

b) owners of vessels to compulsorily take insurance of crew engaged on vessels including fishing, sailing without mechanical means of propulsion and whose net tonnage is less than 15; and

c) the requirement of signing of articles of agreement by the crew before the Shipping Master will no longer be necessary.

C. Registration of certain residuary category of vessels not covered under any statute and lo make provisions for security-related aspects.

D. Incorporation of all International Maritime Organisation (IMO) Conventions/Protocols in the Indian laws up-to-date (an essential pre-requisite for compliance with the IMO Member-State Audit Scheme that is mandatory since 1/1/2016) by inserting provisions relating to seven different conventions, namely,

a) the Intervention Convention 1969,

b) the Search and Rescue Convention 1979

c) the Protocol for Prevention of Pollution from Ships Annex VI to Marine Pollution Convention,

d) the Convention for Control and Management of Ships Ballast Water and Sediments, 2004,

f) the Salvage Convention 1989 and

Besides, the provisions for survey, inspection and certification of vessels which were scattered in various Parts of the existing Act are placed together to provide for a simplified regime for convenience of Indian shipping industry. The Coasting Vessels Act, 1838, which is an archaic legislation of the British era providing for registration of non-mechanically propelled vessels to a limited jurisdiction of Saurashtra and Kutch, is proposed to be repealed since in the Merchant Shipping Bill 2016 provisions have been introduced for registration of all vessels for the whole of India.