Prime Minister Shri Narendra Modi will dedicate to the nation the newly constructed Multi-Modal Terminal on River Ganga at Varanasi on Monday, the 12th of November, 2018. This is the first of the three Multi-Modal Terminals and two Inter-Modal Terminals being constructed on the river. The MMTs are being built as part of the Government’s Jal Marg Vikas project that aims to develop the stretch of River Ganga between Varanasi to Haldi for navigation of large vessels upto1500-2000 tonnes weight, by maintaining a drought of 2-3 metres in this stretch of the river and setting up other systems required for safe navigation. The objective is to promote inland waterways as a cheaper and more environmentally friendly means of transport, especially for cargo movement. Inland Waterways Authority of India (IWAI) is the project Implementing Agency. 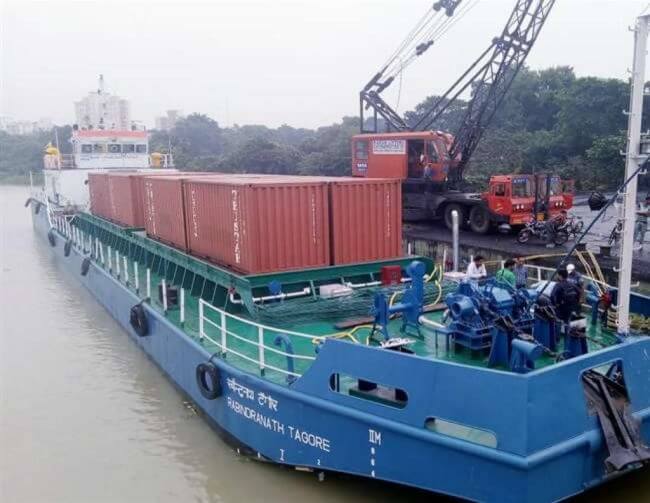 Salient features of Varanasi Multi-Modal Terminal (MMT) are as follows

The following are the main ingredients of the project, which are ready for operations:

Operation, management and further development of the Multi-Modal Terminal is proposed to be entrusted to an Operator on PPP model. Selection of the PPP Operator through an International Competitive Bidding is at an advanced stage and expected to be completed by December 2018.

Prime Minister will also receive India’s first container vessel that sailed from Kolkata on 30th October 2018, carrying cargo belonging to PEPSICO (India) from Kolkata to Varanasi. Container movement on an inland waterway in India is being done for the first time post-independence. The IWAI vessel, MV RABINDRANATH TAGORE is transporting 16 containers equivalent to 16 truckloads of food and snacks and is expected to reach Varanasi on 11th November 2018. It will make its return journey with fertilizers from IFFCO.

In a separate event the same day, Prime Minister will also inaugurate two National Highways projects – the Babatpur-Varanasi Airport road and Varanasi Ring Road. In addition to this, he will also inaugurate some sewerage projects in the city and lay a foundation stone for a project under NamamiGange programme of National Mission for Clean Ganga.

Megaships Are Worsening Overcapacity In The Container Market