The Union Cabinet, chaired by the Prime Minister Shri Narendra Modi, has given its ‘in-principle’ approval for setting up a Major Port at Vadhavan near Dahanu in Maharashtra.

Vadhavan port will be developed on the “landlord model”. ASpecial Purpose Vehicle (SPV) will be formed with Jawaharlal Nehru Port Trust (JNPT) as the lead partner with equity participation equal to or more than 50% to implement the project. 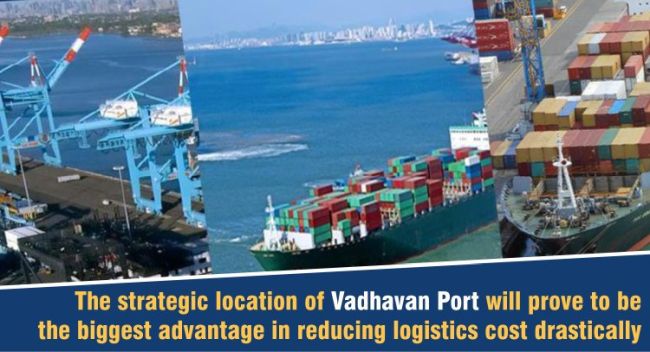 The SPV will develop the port infrastructure including reclamation, construction of a breakwater, besides establishing connectivity to the hinterland. All the business activities would be undertaken under PPP mode by private developers.

Maharashtra has India’s largest container port at JNPT which caters to the hinterland of Maharashtra, North Karnataka, Telangana and secondary hinterland of Gujarat, Madhya Pradesh, Rajasthan, NCR, Punjab, and Uttar Pradesh. There is a need for a deep draft port that will accommodate the largest Container Ships in the world and also cater to the spillover traffic from JNPT port once its planned capacity of 10 million TEUs is fully utilized.

JNPT and Mundra, the two largest container handling ports of the country (for mid-size container ships only), have drafts of 15 M and 16 M respectively, while the world’s largest container-handling modern deep draft ports require a draft of 18M-20M. 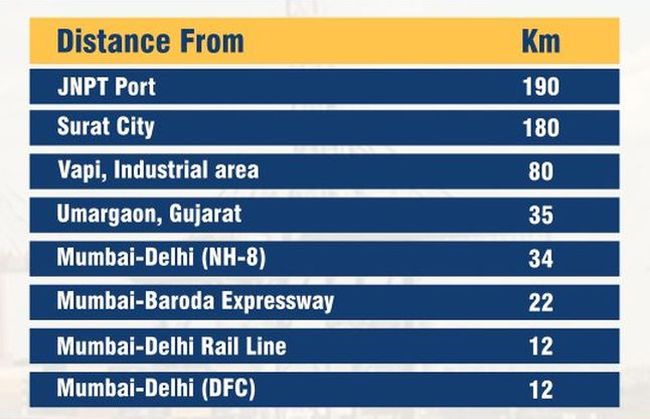 The Vadhavan port has a natural draft of about 20 meters close to the shore, making it possible for it to handle bigger vessels at the port. Development of Vadhavan port will enable the call of container vessels of 16,000-25,000 TEUs capacity, giving advantages of economies of scale & reducing logistics cost.

The ever increasing size of container ships makes it imperative that a deep-draft container port on the West Coast of India is developed. Increasing containerization of cargo in the wake of the value-added manufacturing sector makes it important to prepare our port infrastructure for handling value-added import and export to facilitate manufacturing activity.

Container traffic in the JNPT hinterland is expected to grow from 4.5 MTEUs currently to 10.1 MTEUs by 2022-25 when JNPT’s potential will be fully exhausted. The demand for container traffic will further accelerate after the plans for improving logistics infrastructure fructify and the ‘Make in India’ push drives greater exports and manufacturing sourcing to India.