Shri Mansukh Mandaviya, Union Minister of State (I/C) for Shipping interacted via video conference with the Ship Liners, Shipping Companies, Maritime Associations, Seafarers Unions regarding the change of crew at Indian Ports and reconnoitered the situation of Indian seafarers working as well as stranded in the International waters.

Shri Mandaviya directed to provide the details of Indian Seafarers stranded abroad for the future evacuation plan. Shri Mandaviya assured the various seafarers’ associations for the quick evacuation of the stranded Indian seafarers whenever the situation becomes favourable. 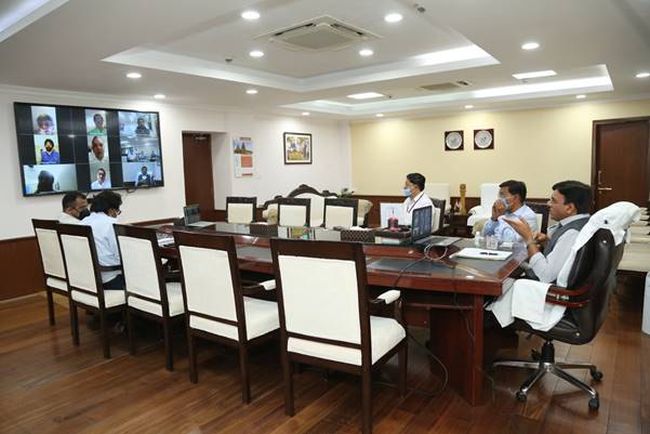 Shri Mandaviya also directed the officials of the Ministry of Shipping for easing out the process of the sign on and sign off the seafarers at the Indian Ports.