The Major ports in India have recorded a growth of 5.13% and together handled 288.38 Million Tonnes of cargo during the period April to August, 2018 as against 274.32 Million Tonnes handled during the corresponding period of previous year. 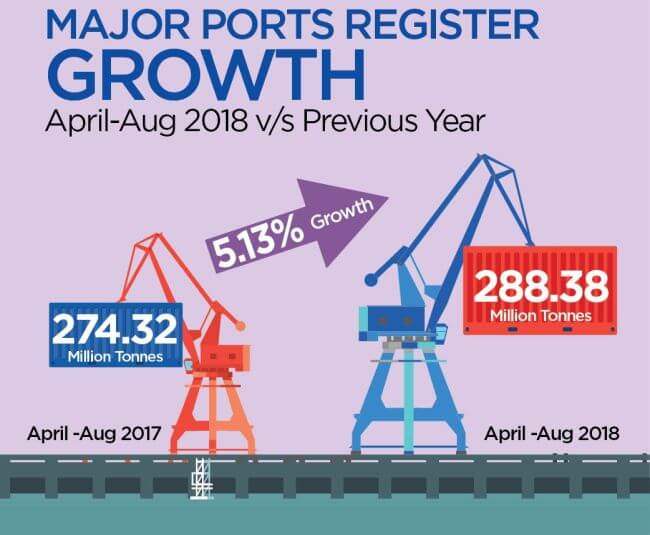 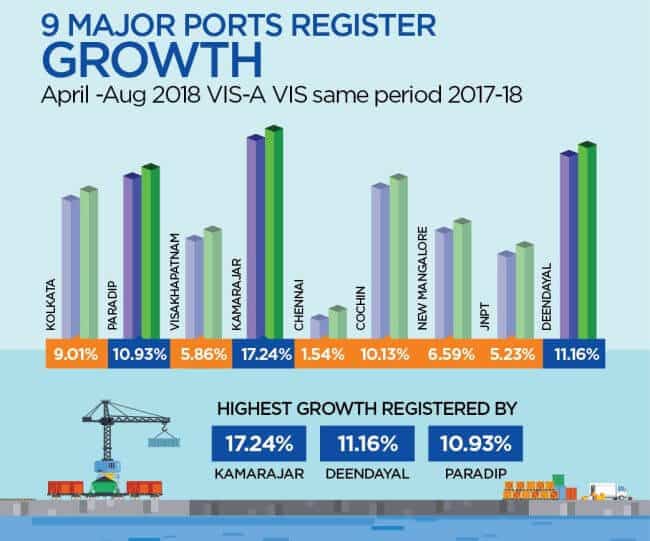 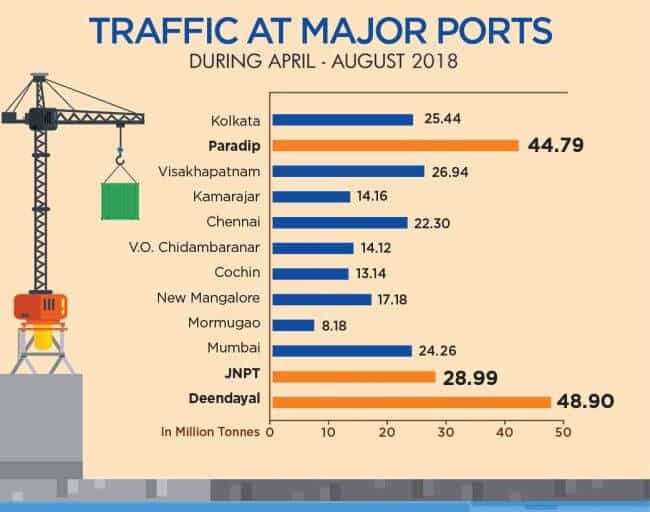 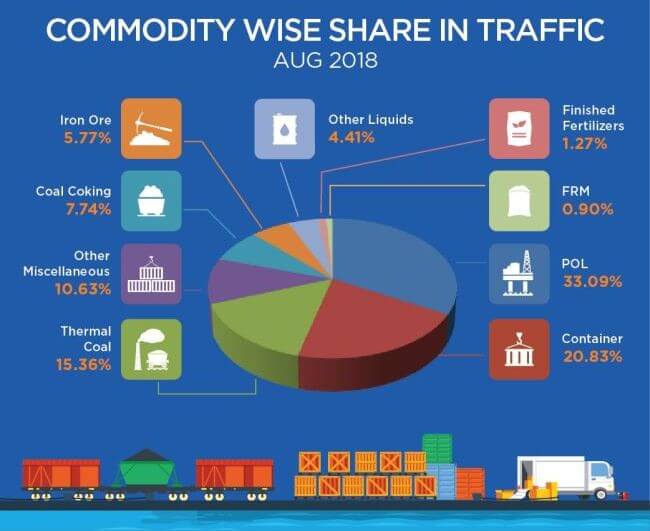