An Indian court on Monday sentenced crew members of a private American ship, including 25 foreigners, to five years in prison for illegal possession of arms in Indian waters in a verdict that could spark diplomatic tension.

The crew, which included foreign nationals from Ukraine, Estonia and six British former soldiers, was arrested from the ‘Seaman Guard Ohio’ in 2013 after they failed to produce papers authorising them to carry weapons in India’s territorial waters. Ten Indians were also arrested. 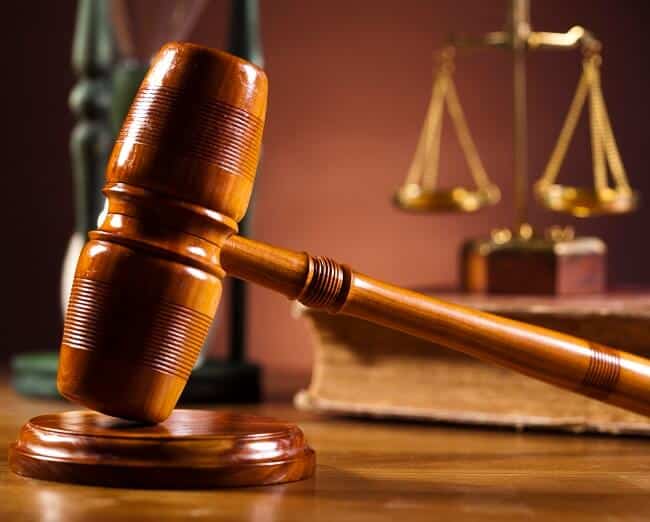 “This judgment is totally unfair and a great injustice to the accused,” Arumugaram Ravipandian, a lawyer representing all 35 crew members, told Reuters.

Ravipandian said his clients would seek bail and challenge the verdict in a higher court.

The crew, that spent nine months in prison after the incident, has been out on bail but not allowed to leave India since 2013.

Paul Towers, a former British soldier among those convicted, said the weapons on board their ship were properly registered.

“We are speaking to our consulate … this is not justice,” said Towers.

The British High Commission in New Delhi said it was providing consular assistance but could not interfere in another country’s judicial process.

“Our staff in India and the UK have been in close contact with all six men since their arrest to provide support to them and their families, including attending court,” it said in a statement.

“Ministers have also raised this case at the highest levels, pressing for delays to be resolved.”

No comment was immediately available from the Ukrainian and Estonian embassies.

The southern tip of India is close to major trade routes and cargo ships often travel with armed guards to deter pirates.

The ship was operated by a U.S. maritime security firm and the incident highlighted the loosely regulated practice of placing guards on ships for protection against pirate attacks.

Action by the Indian authorities has led to diplomatic rows in similar cases. Relations between India and Italy soured after a 2012 incident in which two Italian marines allegedly killed two Indian fishermen mistakenly believed to be pirates.