The onset of heavy rains and gusty winds in Mumbai saw 3 giant cranes came crashing down in the Jawaharlal Nehru Trust Port (JNTP).

The high capacity cranes fell right into India’s largest container port after winds gathered speed towards the afternoon. The municipal corporation at Navi Mumbai recorded rains of 80mm. Fortunately, there have been no reported injuries.

Although the strong winds have brought down visibility considerably, Sanjay Sethi, the Chairman of JNPT will be assessing the damage that might have ensued on the port. He mentioned that the fallen cranes were about 110 crores in worth. 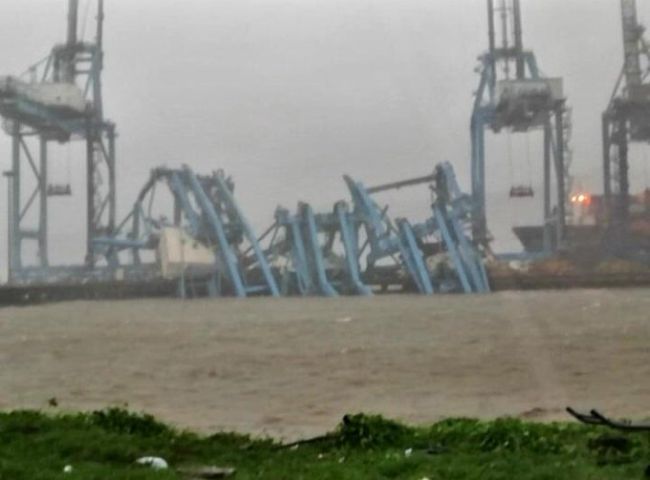 Officials at the port confirm that cranes hadn’t caused any obstacles to operations as there weren’t any vessels on the berth. 6 of the other cranes are currently functioning and are not affected by the absence of the 3 fallen ones.

Even during the pandemic, the JNTP has seen a steady pickup of cargo volumes. During the initial months of the COVD-19 crisis, ie: April -July, it received container traffic of 11,92,165 TEUs, which is about 80% of the total handles last year. 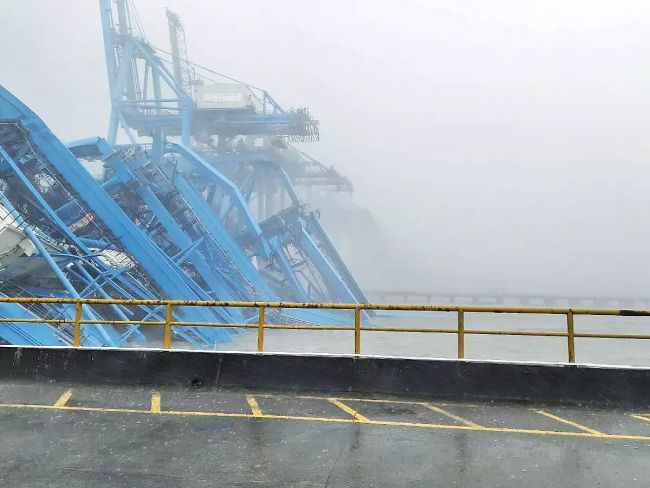 Other ports in Mumbai have complained about operations taking a hit, cargo vessel being drifted away and waterlogging issues taking place due to the rains. Airlines too have faced problems due to winds and had to be diverted as the condition proved to be dangerous for pilots to determine to land due to sudden changing speed.

#JNPT #container terminal – RMQC 6,7 & 8 have fallen down on back side

Complete chaos at the #port.

Expecting further delays of vessel berthing at all the terminals. pic.twitter.com/BivnfXSDee