Reporting suggests that the US has confiscated Iranian cargo from four tankers that were due to transit to Venezuela in an deal which the US claim have violated sanctions. US federal prosecutors had previously filed suit to seize the four tankers. The warrant granted only covered the cargoes, not the vessels

It is understood that the owners of the four vessels agreed to have the fuel transferred to other vessels so it could be shipped to the United States. MT’s BERING and BELLA’s last position were believed to have been within the vicinity of Cape Verde, whilst MT’s LUNA and PANDI were last seen to transmit from Omani waters over a month ago.

Dryad Global has long assessed that US and Saudi-flagged vessels, or vessels which carry US/Saudi interests, and vessels perceived by Iran to be complicit with either state in working against Iranian interests as facing an elevated and persistent risk within the Persian Gulf, Strait of Hormuz and Gulf of Oman during times of increased geo-political tension. 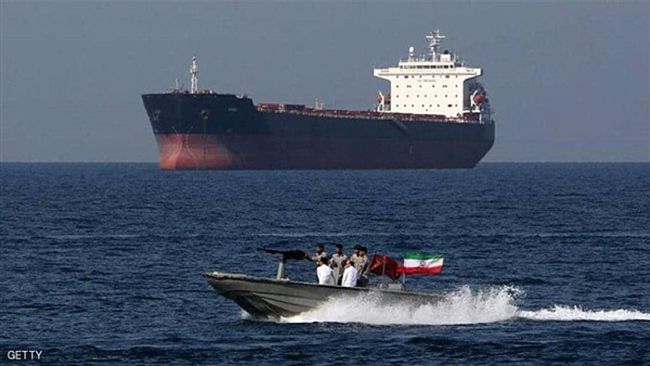 As a result of the most recent incident resulting in the seizure of Iranian cargo, this risk is assessed to be HEIGHTENED for all vessels carrying US related cargo. In addition the willingness of the vessels to allow Iranian cargoes to be transferred to the US has almost certainly resulted in the attempted detention of the MT WILA who is owned by the same owners as the MT’s BERING and PANDI.

The following Greek companies have been linked to the vessels in question: IMS SA, Bandit Shipping Co, Palermo SA, Paladine Maritime Inc, Vienna Ltd and Rifia Shipping Co. It is not unreasonable to conclude that vessels which are linked to these companies, associate with or trade with these companies currently face a significantly HEIGHTENED threat of detention within the Persian Gulf, Strait of Hormuz or Gulf of Oman.

Currently US flag and US insured vessels and wider Greek registered vessels are not assessed to fall within this increase in threat profile at this time. Vessels fitting this profile should be mindful of the HEIGHTENED threat posed to them within these areas, in the short term, and the threat that IRGC(N) or Iranian Navy assets could attempt to harass or detain vessels of this nature has increased substantially.

Both IRGC(N) and Iranian Navy are known to conduct bridge to bridge VHF calls often with unsolicited and unwarranted enquiries concerning crew, cargo, and destination. Vessels are reminded to report all suspicious or threatening activity against any merchant vessels to UKMTO. All vessels transiting the region are encouraged to be familiar with IMSC Bridge Cards and procedures for dealing with any attempt by another vessel to impede safe navigation and attempt to deviate the vessel from international waters.

According to TankerTrackers.com US bound cargoes from within the region are currently tracking at approximately 9-12mb per month which would equate to 4-6 VLCC’s of US bound cargo per month.

In assessing this risk, the threat is viewed through the lens of ‘tit for tat’ actions. Iran is acutely aware that its actions are seen to be proportionate and thus legitimate by the international community, and that the US is seen as the aggressor (or can at least be framed such away within the media landscape). Iran has followed a ‘tit for tat’ approach in its seizing of the STENA IMPERO in 2019, and its response to the US assassination of Qasem Soleimani earlier this year. This recent execution by Iran of a ‘like for like’ strategic worldview allows Iran to control the risks of escalation and mitigate against the potential for a military response by the US. Iranian activity to date underlines that the threat as outlined above is of consequence and is consistent with Iran’s previous actions and norms of operating.

Iran is also likely to seek to achieve an outcome which provides itself a degree of leverage. In doing do, Iran can turn the course of events to its advantage, and Iran therefore has a much stronger position when negotiating for the release of vessels carrying its interests. Again, the detention of the STENA IMPERO provides an example of Iran’s willingness to undertake such a course of action.