On 18 January 2020, two incidents occurred within an interval of five hours to the same barge carrying scrap metal while underway in the eastbound lane of the Singapore Strait. In both incidents, the perpetrators stole some scrap metal. There was no confrontation between the perpetrators and the crew.

In 2019, the ReCAAP ISC had issued five Incident Alerts on incidents occurred to ships while underway in the eastbound lane of Singapore Strait. A total of 31 incidents have been reported in the Singapore Strait in 2019. 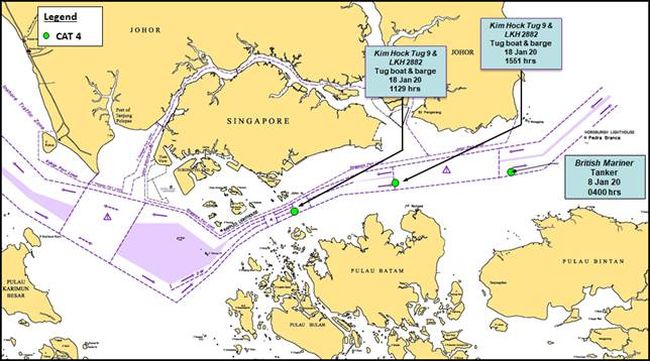 Map1 – Approximate location of the incidents on 8 and 18 January 2020 | Image Credits: recaap.org

The ReCAAP ISC is concerned with the continued occurrence of incidents in the Singapore Strait, and the persistence of the perpetrators in their attempts to board ships as demonstrated in the two incidents on 18 January 2020. All ships are strongly advised to exercise utmost vigilance, adopt extra precautionary measures and report all incidents immediately to the nearest coastal State.

The ReCAAP ISC recommends to the law enforcement agencies of the littoral States to further step up surveillance, increase patrols and enhance cooperation and coordination among them in order to respond promptly to incidents.

Details of the Incident

On 18 and 19 January 2020, the ReCAAP Focal Point (Singapore) reported to ReCAAP ISC two incidents occurred to the same barge towed by a tug boat while underway in the eastbound lane of the Traffic Separation Scheme (TSS) in the Singapore Strait. The details of the incidents are described as follows:

a. On 18 January 2020 at about 1129 hrs, tug boat, Kim Hock Tug 9 towing barge, LKH 2882 was en route from Singapore to Vietnam when seven perpetrators were sighted on the barge. The perpetrators escaped in 2-3 sampans upon seeing another tug boat, Kim Hock Virgo approaching them. The master of Kim Hock Tug 9 reported the incident to Singapore Vessel Traffic Information System (VTIS). The crew was not injured and some scrap metal was stolen. Page 3

b. On the same day, 18 January 2020 at about 1551 hrs, a repeated unauthorized boarding occurred on the same barge LKH 2882. Seven perpetrators were sighted on the barge. Two Singapore Police Coast Guard (PCG) craft were despatched to intercept. The perpetrators fled in their sampans upon seeing the PCG craft. The crew was not injured. Several pieces of scrap metal were stolen. Refer to map below on the approximate location of the two incidents, and the incident on 8 January 2020.