The International Maritime Rescue Federation (IMRF) revealed the long list of entries for its H.E.R.O. awards – launched in April this year.

The 30 finalists range from companies, maritime search and rescue organisations and individuals involved in technological developments to those involved with design and innovation, services and training, as well as those actively engaged in saving lives in the world’s waters.

Entries come from across the world including organisations and individuals as far afield as China and the United States to Bangladesh and New Zealand.

The H.E.R.O. Awards have been developed in cooperation with IMRF partner McMurdo, a global leader of emergency readiness and response solutions, and will draw attention to the life-saving work done in maritime Search and Rescue (SAR) across the world. 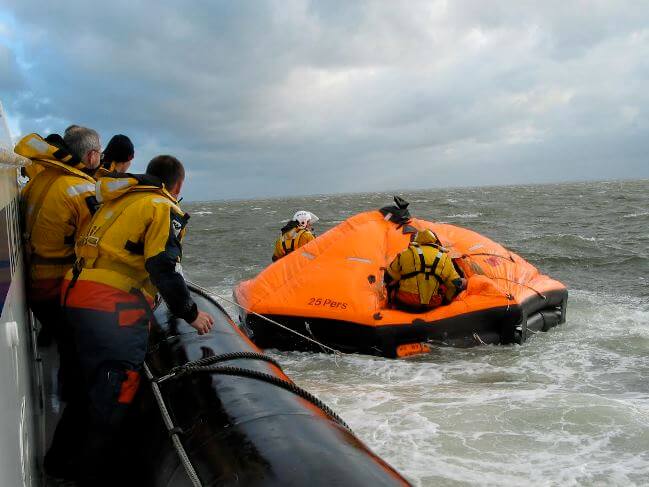 Said Bruce Reid, CEO of the IMRF: “We are delighted with the range and quality of the entries to the first H.E.R.O. awards. They reflect the diversity of skills and experience needed to ensure that people in trouble in the water can be saved and that potential maritime disasters can be prevented.

The list of individuals and organisations nominated come from across the SAR ecosystem.

Rescuers nominated for their role in directly saving lives in a single rescue include Captain Herve Leparge, Master of CMR CCM Rossini for rescue off coast of South Africa: The crew of the Bel Hai Jui 112 for rescue of a cargo ship in Bohai bay: China Rescue and Salvage individuals and teams involved in operations during Typhoon Rainbow in the South China Sea: Captain Shashi Prakash, for rescue 300 nautical miles North West of New Zealand: Eastbourne and Birling Gap Coastguard Rescue Teams, for courageous saving of life during suicide attempt Beachy Head.

Other nominations were for multiple rescues over the past 12 months which included Sea-Watch volunteers working on rescues in the Mediterranean and the Aegean: Lars G Solvik, Norwegian Society for Sea Rescue, contribution to Operation Poseidon in the Aegean Sea: Oscar Camps, Gerard Canals & Proactiva Open Arms team, for rescue action in the eastern Mediterranean: Hua Ying 397 for rescue service in the South China Sea: Rescue 936, for SAR operations from base in Caernarfon North Wales UK: Norwegian Society for Sea Rescue and Norwegian Police Unit KRIPOS for joint refugee rescue missions in the Aegean.

Further nominations were received for individuals who were recognised for their continuous drive to improve SAR services in their community, region or country.

The H.E.R.O awards go beyond the rescue to also recognise the importance of support services needed to facilitate effective SAR such as the nominations for:

for SAR and paramedic service and training in the Falkland Islands: Shanghai Salvage Bureau, Ministry of Communications, and P.R.C, for salvage work southeast of Zhujiajian, Zhoushan: The Civil Societies represented by their NGOs for action in the Mediterranean refugee crisis: RNLI & CIPRB SeaSafe Lifeguards, for work to reduce the risk of drowning in Bangladesh: Jugend Rettet e.V. Volunteers providing SAR and medical services to refugees in Mediterranean.

The continuous development of SAR technologies and innovative solutions were also included in this year’s nominations with: D4H Technologies, Dublin Ireland, for technological developments that help save lives around the world: RNLI, James Benson, Bournemouth University, for developing original and innovative design for the The “Bottle Buoy”: Marine Rescue New South Wales Boating Safety Technology, for delivering a technological package that has revolutionised operations and increased boating safety on NSW waterways: OVERSEE, for information system development that helps Irish Coast Guard and Portuguese Navy save lives. The Noras Performance company for developing the buoy “U-SAFE”, a self-propelled and remote-controlled –  equipment which allows rescue from a distance, in any sea condition using a remote control that can be operated even by non-trained people.

The H.E.R.O. awards are focused on recognising not only individuals for courageous rescue missions, but also the support networks and organisations which enable such missions to take place by providing exceptional response and co-ordination as well as technical innovations and development initiatives.

Ultimately, Search and Rescue is about the people who dedicate their life to keeping others safe. The IMRF is therefore grateful to Inmarsat , the leading provider of global mobile satellite communications services, who will commemorate the untimely passing earlier this year of one of the architects of its Maritime Safety Operations network by sponsoring the first  H.E.R.O. Award for outstanding service to maritime search and rescue, ‘The Vladimir Maksimov Award’.

The sponsorship is seen as a fitting tribute to Vladimir Maksimov, Inmarsat Director of SOLAS Services, who died on 4th May 2016 after a short illness, following 25 years with Inmarsat. Mr Maksimov played a central role in the Inmarsat safety team.

The H.E.R.O. Awards 2016 recognise actions that took place, or were completed, in the period 1st July 2015 to 30th June 2016.  No applications were accepted for events or actions that fall outside this period. The recipients of H.E.R.O. awards will be announced at ceremonies in the USA and Portugal on 15 November.