Enhancements are in line with the Canal’s carbon reduction commitments, the International Maritime Organization’s emissions reduction strategy and the Paris Agreement.

The Panama Canal Authority announced enhancements to its industry-leading Green Connection Environmental Recognition Program. The award-winning initiative encourages the shipping industry to mitigate the environmental impact of their operations through an incentive-based system that includes the Green Connection Award, the Environmental Premium Ranking and the Emissions Calculator.

The announcement took place on the heels of the IMO’s Marine Environment Protection Committee (MEPC74) in London, where the Panama Canal participated. 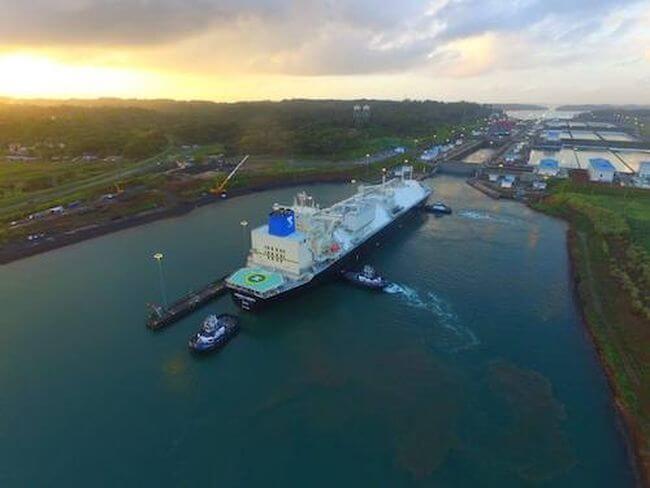 “With these improvements to our environmental and conservation initiatives, the Panama Canal solidifies its leadership in the adoption of carbon-reduction best practices,” said Rodriguez. “The proposed updates will provide our customers a more comprehensive picture of their environmental contributions, encouraging them to continue implementing good practices in the reduction of emissions and their use of the Panama Canal’s Green Route.”

Starting in September 2019, the Emissions Calculator will feature georeferenced data to improve the quality and precision of the carbon emissions data of vessels transiting the Canal. The tool aims to give customers – and the Canal – clear insight into their carbon footprint to incentivize environmental stewardship and reduce greenhouse gases (GHG).

The Environmental Premium Ranking will factor in the use of low-carbon fuels and environmentally conscious transit operations starting mid-September. This ranking affords customers with high environmental efficiency standards the opportunity to improve their position within the Panama Canal’s Customer Ranking System.

The Canal will also bring about updates to other carbon-reduction and watershed conservation initiatives. The Environmental Economic Incentives Program, which allows local communities in the watershed region to engage in reforestation, environmental education and economic incentive programs to improve their quality of life, will start the second phase of its aggressive reforestation efforts in the second half of 2019. The program’s goal is to reach more than 4,000 reforested hectares within the next five years. Additionally, the Panama Canal will commission a study to quantify and analyze the environmental and wildlife conservation benefits of the Panama Traffic Separation Scheme (TSS) approved in 2014 by the IMO aimed at protecting whales from ship collisions.

Over the last 105 years, the Panama Canal has offered shippers an unparalleled, environmentally sound route. Given the shorter traveling distance and larger capacity offered, the Panama Canal consistently reduces fuel consumption and emissions, generating less GHG compared to other routes. Most recently, the waterway registered historic transit milestones by Qatargas’ Al Safliya Q-Flex carrier, the world’s second-largest LNG tanker class, and Evergreen’s Triton, the largest containership in dimension and container cargo capacity to pass through the Expanded Canal since it opened in 2016. Both transits offer the benefits of economies of scales to the Canal’s customers, while contributing to emission reductions. Of the more than 50 million tons of carbon dioxide (CO2) reduced since the inauguration of the Expanded Canal, the Neopanamax Locks are responsible for the reduction of more than 35 million tons of CO2. Since its opening in 1914, the Panama Canal has helped reduce more than 750 million tons of CO2.