Requirements for ships to collect data on their fuel oil consumption entered into force on 1 March. Other important amendments to the International Convention for the Prevention of Pollution from Ships (MARPOL) have also entered into force, covering the classification of garbage, including the addition of a new category of “e-waste”, and amendments to the International Oil Pollution Prevention Certificate.

The data collection will begin on 1 January 2019 with data reported at the end of each calendar year to the International Maritime Organization (IMO), the United Nations agency with responsibility for regulating the safety, security and efficiency of shipping and preventing marine and atmospheric pollution from ships. 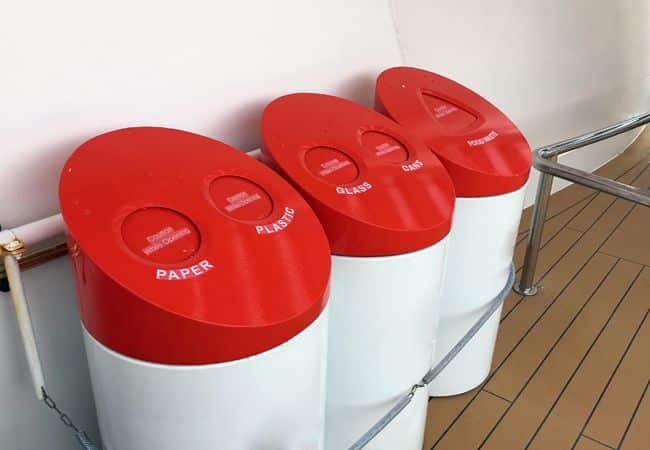 The data collection system is intended to equip IMO with concrete data on fuel oil consumption, which should assist Member States in making decisions about any further measures needed to enhance energy efficiency and address greenhouse gas emissions from international shipping.

The mandatory requirements were adopted by IMO’s Marine Environment Protection Committee (MEPC) in 2016, through amendments to chapter 4 of annex VI of the International Convention for the Prevention of Pollution from Ships (MARPOL).

Under the new Regulation 22A on Collection and reporting of ship fuel oil consumption data, ships of 5,000 gross tonnage and above are required to collect consumption data for each type of fuel oil they use, as well as other, additional, specified data including proxies for transport work. These ships account for approximately 85% of CO2 emissions from international shipping.

The aggregated data will be reported to the flag State after the end of each calendar year and the flag State, having determined that the data has been reported in accordance with the requirements, will issue a Statement of Compliance to the ship.

In addition, on or before 31 December 2018, in the case of a ship of 5,000 gross tonnage and above, the mandatory Ship Energy Efficiency Management Plan (SEEMP) shall include a description of the methodology that will be used to collect the data and the processes that will be used to report the data to the ship’s flag State.

The new mandatory data collection system is intended to be the first in a three-step approach in which analysis of the data collected will provide the basis for an objective, transparent and inclusive policy debate in the MEPC, under a roadmap (through to 2023) for developing a “Comprehensive IMO strategy on reduction of GHG emissions from ships”. The roadmap was agreed in 2016.

The next stage in the process will see an initial GHG strategy expected to be adopted by the MEPC at its 72nd session (9-13 April 2018). The MEPC session will be preceded by the third session of the Intersessional Working Group on Reduction IMO of GHG Emissions from Ships (3-6 April).

The initial strategy is expected to include, inter alia, a list of candidate short-, mid-, and long-term further measures, with possible timelines, to be revised as appropriate as additional information becomes available. The data collected under the mandatory reporting system will help inform the MEPC when it comes to adopting a revised strategy in 2023.

In 2011, IMO became the first international body to adopt mandatory energy-efficiency measures for an entire industry sector with a suite of technical and operational requirements for new and existing vessels that entered into force in 2013. By 2025 new ships built will be 30% more energy efficient than those built in 2014.

Garbage requirements under MARPOL Annex V
Amendments to MARPOL Annex V on Prevention of pollution by garbage from ships also enter into force on 1 March 2018. They relate to cargo residues of products which are hazardous to the marine environment (HME) and Form of Garbage Record Book. In particular,

IMO: List Of Amendments Expected To Enter Into Force In 2021 And In Coming Years