​The safety of ships carrying bulk cargoes depends on the proper implementation of IMO rules – and training is crucial. A new IMO Model Course on Safe Handling and Transport of Solid Bulk Cargoes is expected to be validated by IMO’s Sub-Committee on Carriage of Cargoes and Containers when it meets this week (CCC 6, 9-13 September).

The course will focus on the mandatory measures for handling and transport of solid bulk cargoes outlined in the International Maritime Solid Bulk Cargoes (IMSBC) Code, which is the industry rulebook on how to deal with such cargoes. IMO model courses are designed to facilitate access to knowledge and skills.

The course will cover all solid bulk cargoes, including those which may liquefy when moisture limits are reached and cause instability of the ship. These cargoes require that particular attention is paid to testing and recording moisture limits before loading. 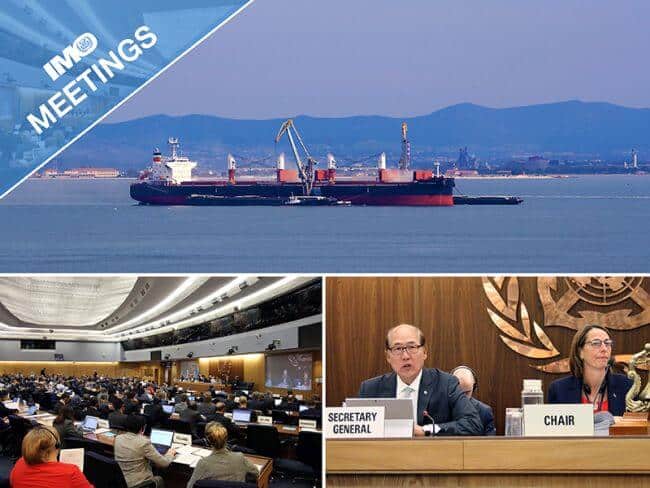 Given the new fuels and/or fuel blends being developed to ensure compliance with the 0.50% sulphur limit (from 1 January 2020) and IMO 2030 and 2050 CO₂ emission targets, as outlined in the IMO GHG strategy, the work of the Sub-Committee on the safety provisions for ships using low-flashpoint fuels, will be considered as a high priority. The Sub-Committee will be looking at matters related to newer types of fuel, under the agenda item on the International Code of Safety for Ships using Gases or other Low-flashpoint Fuels (IGF Code).

Under its ongoing work on containers, the Sub-Committee will consider proposed amendments to the inspection programmes for cargo transport units carrying dangerous goods. The session is also expected to finalise the work to develop draft amendments to the Code of Safe Practice for Cargo Stowage and Securing (CSS Code) related to weather-dependent lashing, aimed at ensuring the highest level of cargo securing, taking into account expected weather and other factors.

The meeting was opened by IMO Secretary-General Kitack Lim and is being chaired by Ms. Maryanne Adams of the Marshall Islands.