“Just-In-Time” (JIT) operations have the potential to cut the time ships spend idling outside ports and help reduce harmful emissions as well as save on fuel costs. This can be achieved by communicating in advance the relevant information to the ship about the requested time of arrival – allowing the ship to adjust to optimum speed. A desktop trial in Just-In-Time ship operations has yielded positive results, showing emissions can be cut considerably. The trial was conducted by members of the IMO-led Global Industry Alliance to Support Low Carbon Shipping (GIA), at the Port of Rotterdam (10 July). 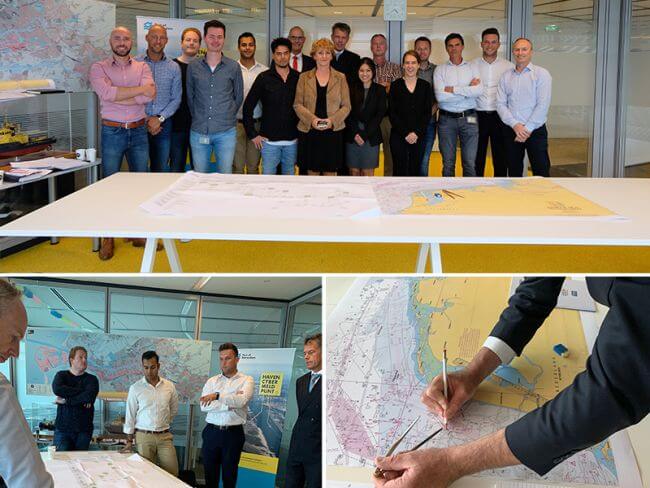 Technical adviser Astrid Dispert said, “More validation is needed and ultimately a real-time Just-in-Time trial – which is what we are working towards. But the desktop exercise showed the potential and the clear benefit that early communication between ships, port authorities and terminals can bring as it allows speed optimisation during the voyage.”

During the desktop exercise, a voyage between Bremerhaven and Rotterdam (247 nm distance) was simulated a couple of times. In the first business as usual scenario, the ship receives an update on when it is requested to arrive at the pilot boarding place at the first Calling In Point (when the ship is in VHF radio range, around 30nm from port). The time that the ship is requested to arrive at the pilot boarding place is dependent on a number of variables, including the availability of the terminal as well as pilots and tugs. But the information is often only sent when the ship is already relatively close to port.

In the second Just-In-Time scenario, the ship receives several updates much sooner in the voyage to Rotterdam, on when to arrive at the pilot boarding place. The ship can then adjust speed to its optimum speed.

Comparing the two scenarios, 23% less fuel was consumed in the Just-In-Time scenario – a significant reduction in fuel and therefore emissions.

Data from this exercise will be fed into a Just-In-Time guide being prepared by the GIA. The exercise was conducted by representatives from the Port of Rotterdam, Maersk, MSC, IMO and Inchcape Shipping.

The GIA is an innovative public-private partnership initiative of the IMO, under the framework of the GEF-UNDP-IMO Global Maritime Energy Efficiency Partnerships (GloMEEP) Project that aims to bring together maritime industry leaders to support an energy efficient and low carbon maritime transport system.