IMO initial GHG strategy is driving a new propulsion revolution. Speaking at London International shipping Week, IMO Secretary-General Kitack Lim said, “The initial strategy adopted last year is a major policy commitment for a drastic reduction of GHG emissions from ships, with a specific linkage to the Paris Agreement, and clear levels of ambition – including at least a 50 per cent cut in emissions from the sector by 2050, compared to 2008.

“In the short-term, IMO will consider concrete measures in the following areas: improvement of the operational energy efficiency of existing ships, reduction of methane slip, encouragement of National Action Plans and encouragement of the uptake of alternative low-carbon and zero-carbon fuels.

The targets set out in the strategy will not be met using fossil fuels only, which is why this strategy is expected to drive a new propulsion revolution. This zero-carbon future requires a great deal of research and development. So, as well as the regulatory imperative, there is a need to make zero-carbon ships more attractive and to direct investments towards innovative sustainable technologies and alternative low-carbon and zero-carbon fuels. 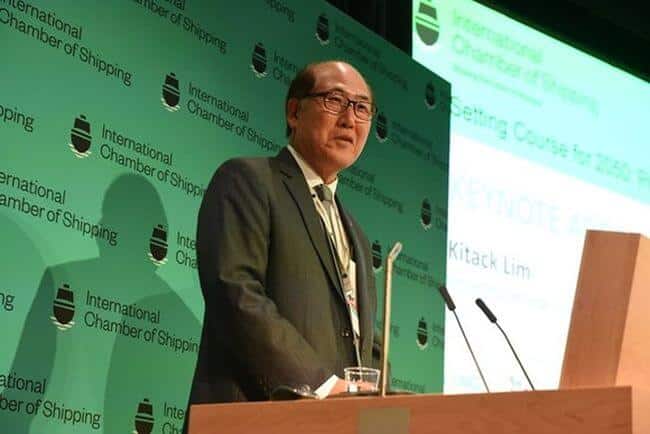 There are already strong signs emerging that some sectors of the industry are really grasping this. Battery-powered and hybrid ferries, ships trialling biofuels or hydrogen fuel cells, wind-assisted propulsion and several other ideas are now being actively explored. The IMO GHG strategy has sent a clear signal to innovators that this is the way forward. However, actions need to be accelerated if its goals are to be achieved.

“The 2020 entry into force of the new global sulphur limit of 0.5 per cent for ships’ fuel oil was first adopted in 2008 and confirmed again in 2016. It has been a long time coming and is now fast approaching.

I am confident that the implementation date on 1 January 2020 will be managed smoothly.”