The port State control regimes which carry out inspections on ships to monitor and enforce compliance with international regulations have pledged to strengthen their collaboration with the International Maritime Organization (IMO) and amongst themselves.

A recent workshop (24-26 October) for port State control (PSC) MoU/Agreement Secretaries and Database Managers and Member States, the seventh of its kind, was held at IMO headquarters in London, United Kingdom. Participants shared experiences, highlighted new projects and approved a wide range of recommendations, which are aimed at further collaboration, harmonization and information sharing. The recommendations will be forwarded for review by IMO and the regional governing bodies of PSC regimes. 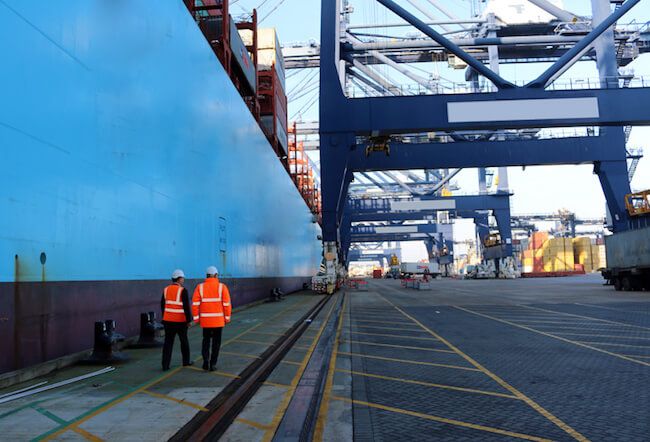 The Workshop noted the growing number of PSC regimes implementing targeted inspections mechanisms, as well as incentive schemes, so that ships found in compliance with international standards are subject to fewer inspections, while substandard ships are targeted more.

The regimes feed IMO with PSC information, which has potential significant relevance to the IMO regulatory process. Specifically, annual reports on inspections and the outcome of concentrated inspection campaigns are reported to the IMO Sub-Committee on the Implementation of IMO Instruments (III). Furthermore, data exchange agreements enable a PSC module on the Global Integrated Shipping Information System (GISIS) to be populated.

Among the recommendations made by the meeting, the PSC regimes agreed to explore the development of statistical output and to look into the compatibility of their systems. They also agreed to consider moving away from “black/grey/white lists” towards expanding an individual ship risk profile approach.

As a potential step towards mutual recognition of other regimes’ activities, the PSC regimes agreed to convey to their regional governing bodies the recommended use of the results of interregional information exchanges in their internal procedures, including their targeting systems.

The Workshop recommended that PSC regimes consider developing and maintaining, in their information systems, a coordinated list of under-performing ships. The possible development of a common platform for interregional exchange to facilitate informal exchange among PSC regimes, as well as the development of joint working policies, were also recommended.

The Workshop considered the possibility of establishing an outreach partnership between IMO and PSC regimes, the objectives of which would be to disseminate the outcome of the work of IMO; to collect first-hand feedback on implementation; and to develop technical cooperation and capacity building activities. Appropriate fora at IMO and in PSC regimes will be invited to consider this matter.

Existing technical cooperation activities, partially supported by IMO in order to encourage the sharing of expertise among PSC regimes, should be enhanced under IMO’s Integrated Technical Cooperation Programme (ITCP).

Recognizing the need for training of new entrants in port State and flag State personnel, the Workshop recommended that IMO consider developing a harmonized training manual for use by flag State inspectors and PSC officers.

To support the implementation of the Code of Good Practice included in the IMO Procedures for PSC, the III Sub-committee will be invited to consider developing a format for a “PSC letter to the Master”. This would set out how an inspection would be carried out and would be signed by both the PSC officer and the Master. The Workshop also recommended that a dedicated GISIS facility for complaints could be developed.

The Workshop considered the simplification of reporting procedures for port States, in the context of practical data management involving both IMO and the International Labour Organization (ILO). The meeting requested the IMO Secretariat to liaise with the ILO Secretariat, with a view to establishing a “single window” system, through GISIS.

Finally, the meeting recommended that future workshops be held every two years. The agenda should include discussion on the use of body cameras by PSC officers.

Funding from the IMO “Voyage Together Trust Fund” supported the participation of representatives of the nine regional PSC regimes at the seventh IMO Workshop for PSC MoU/Agreement Secretaries and Database Managers, with an increased focus on Member States’ representatives. The meeting was chaired by Dr. Vitaly Klyuev (Russian Federation), and Ms. Carien Droppers (Paris MoU) was Vice-Chair.