“The introduction of invasive aquatic organisms into new marine environments not only affects biodiversity and ecosystem health, but also has measurable impacts on a number of economic sectors” said Lilia Khodjet El Khil, head of the IMO-led GloFouling Partnerships project.

The GEF-UNDP-IMO GloFouling Partnerships project has concluded two workshops, one in Madagascar and one in Mauritius (19-21 August), two of 12 lead partnering countries whose aim is to protect marine biodiversity by addressing biofouling.

During the first workshop, held in Antananarivo, Madagascar, Captain Jean Edmond Randrianantenaina, added that “these invasive species can also pose a threat to public health through consumption of fish products”. The overall impact can affect several sectors including, among others, maritime transport, natural resources, fisheries and tourism. 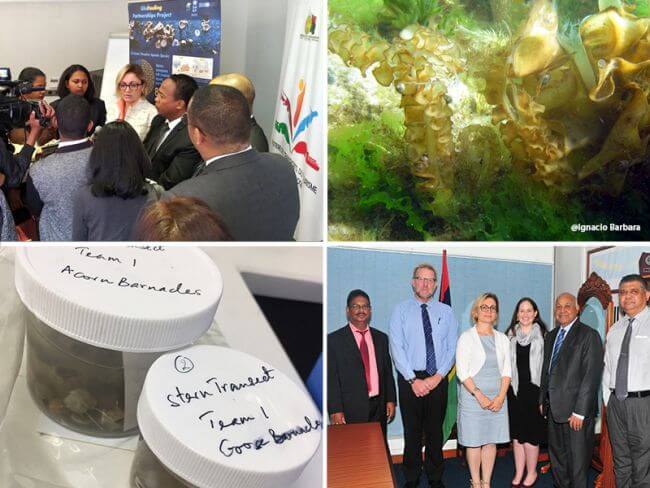 In Mauritius, Prem Koonjoo, Minister of Ocean Economy, Marine Resources & Fisheries, highlighted the importance of SDG 14 and the role of marine environment to a sustainable future for Small Developing Island States such as Mauritius.

The two workshops also looked at who will make up national task forces in the region, as those roles will be crucial in leading and implementing a national strategy for addressing the issue of invasive aquatic species transferred through marine biofouling.

Invasive species are one of the five main direct drivers of change in nature and biodiversity loss, as recently confirmed by 150 leading international experts from over 50 countries in the IPBES Global Assessment Report of Biodiversity and Ecosystem Services.

The GloFouling Partnerships is an IMO-executed project launched to protect marine biodiversity from the introduction of non-indigenous species into new ecosystems through biofouling. Biofouling is the process by which marine organisms can build up on ships’ hulls and the surface of other marine structures.

The GloFouling Partnerships is helping its 12 lead partner countries to assess their current status in relation to invasive aquatic species, including an economic impact study, a guide for developing a national strategy, and specialised training courses on marine biofouling and legal issues related to the implementation of IMO’s Biofouling Guidelines.