You are here: Home › Shipping News › IMO Member States Must Back Ban On Heavy Fuel Oil From Arctic Shipping
TwitterFacebookLinkedInPinterestBuffer 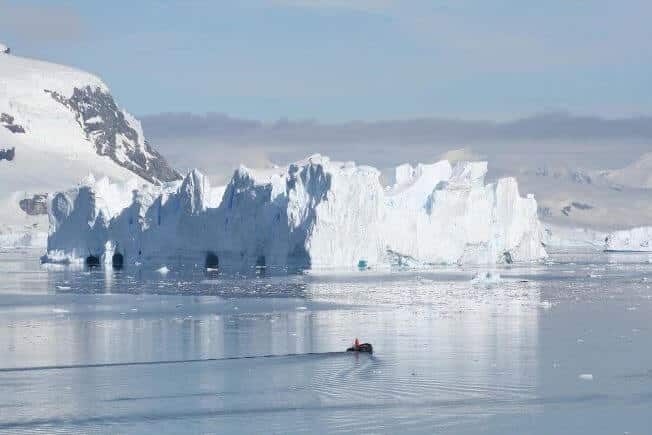 The proposal, co-sponsored by Finland, Germany, Iceland, Netherlands, New Zealand, Norway, Sweden and the US, calls for a ban on HFO, and is one of several papers on HFO use in the Arctic to be discussed at MEPC as it considers “development of measures to reduce risks of use and carriage of heavy fuel oil as fuel by ships in Arctic waters”.

“The Arctic is under pressure – with climate change driving unseasonably high temperatures and extensive sea ice melt, IMO member states must act now to protect the region from the risk of heavy fuel oil spills and the damaging impacts of black carbon emissions. As a ban on the use and carriage of HFO as marine fuel in Arctic waters is the simplest and most effective mechanism for achieving this, the Clean Arctic Alliance commends the eight IMO member states that have co-sponsored a proposal calling for such a ban – and we urge other countries to support the proposal for during this week’s MEPC meeting,” said Dr Sian Prior, Lead Advisor to the Clean Arctic Alliance, a coalition of 18 non-governmental organisations working to end HFO use as marine fuel in Arctic waters.

At its July 2017 meeting (MEPC71), the IMO agreed to embark on a body of work aimed at mitigating the risks of HFO. The Clean Arctic Alliance welcomed the move, emphasising that a ban on the use and carriage as fuel by ships operating in the Arctic is the simplest and most effective way to mitigate the effects of HFO.

Heavy fuel oil is a dirty and polluting fossil fuel that powers ships throughout our seas and oceans – accounting for 80% of marine fuel used worldwide. Around 75% of marine fuel currently carried in the Arctic is HFO; over half by vessels flagged to non-Arctic states – countries that have little if any connection to the Arctic.

The Arctic is under pressure – climate change is fuelling high winter temperatures and driving sea ice melt, opening up Arctic waters to shipping. As the sea ice recedes, larger, non-Arctic state-flagged vessels running on HFO are likely to divert to Arctic waters in search of shorter journey times. This, combined with an increase in Arctic state-flagged vessels targeting previously non-accessible resources, will greatly increase the risks of HFO spills.

Already banned in Antarctic waters, if HFO is spilled in cold polar waters, it breaks down slowly, proving almost impossible to clean up. A HFO spill would have long-term devastating effects on Arctic indigenous communities, livelihoods and the marine ecosystems they depend upon. HFO is also a greater source of harmful emissions of air pollutants, such as sulphur oxide, and particulate matter, including black carbon, than alternative fuels such as distillate fuel and liquefied natural gas (LNG). When emitted and deposited on Arctic snow or ice, the climate warming effect of black carbon is up to five times more than when emitted at lower latitudes.