The Latin America Maritime Technology Cooperation Centre, part of a global network established under an ambitious IMO-EU project to further efforts to combat climate change, has been launched in Panama (13 March). The centre, hosted by the Universidad Marítima Internacional de Panamá (UMIP), is one of five such centres established under the GMN project, which is funded by the European Union (EU) and run by IMO.

The centres, in Africa, Asia, the Caribbean, Latin America and the Pacific regions, act as regional focal points for a wide range of activities. These include, improving compliance with existing and future international energy-efficiency regulations; promoting uptake of low-carbon technologies and operations in maritime transport, and establishing voluntary pilot data-collection and reporting systems to feed back into the global regulatory process. In doing so, they will play their part in supporting the United Nations Sustainable Development Goals (SDGs). 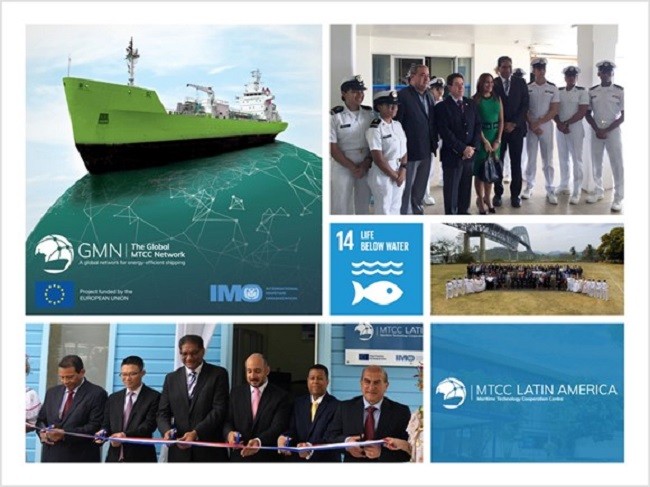 The Latin America Maritime Technology Cooperation Centre – or MTCC-Latin America – was launched at the host institute at a special event attended by representatives of the European Union, the Government of Panama, non-governmental organizations and academia as well as representatives from 17 countries in the region.

Speaking at the launch event, IMO’s Jose Matheickal said, “The global network of MTCCs will promote understanding and knowledge of technologies and operations to improve energy efficiency in the maritime sector and will help to navigate shipping into a low-carbon future.”

Also speaking during the launch ceremony was the Minister of Maritime Affairs of Panama and Administrator of the Panama Maritime Authority, Mr. Jorge Barakat, who congratulated IMO for its efforts toward the promotion of a more energy-efficient maritime industry and reaffirmed the support of the Panama Maritime Authority. He said, “The Panamanian maritime administration is proud and pleased with the inauguration of this regional centre.”

The launch was followed by the first regional workshop to be run by MTCC-Latin America (13-15 March). Participants will be updated on the GMN project, share experiences of implementing IMO’s energy efficiency regulation and discuss constraints and opportunities.