The decision, taken at the 99th session of the IMO’s Maritime Safety Committee (MSC 99) is a significant step forward in the recognition of Methanol as a marine fuel that already meets IMO’s 2020 regulations and provides a pathway for very low carbon fuels in future.

“The global chemicals industry currently relies on the IMPCA specification for producers and consumers but a dedicated ISO standard will help shipowners understand the fuel in a marine fuel context,” said MI Chief Operating Officer Chris Chatterton. “We are seeing increasing interest around Methanol as a liquid fuel that is safe to handle easy to ship and store and is more widely available than other low sulphur alternatives.” 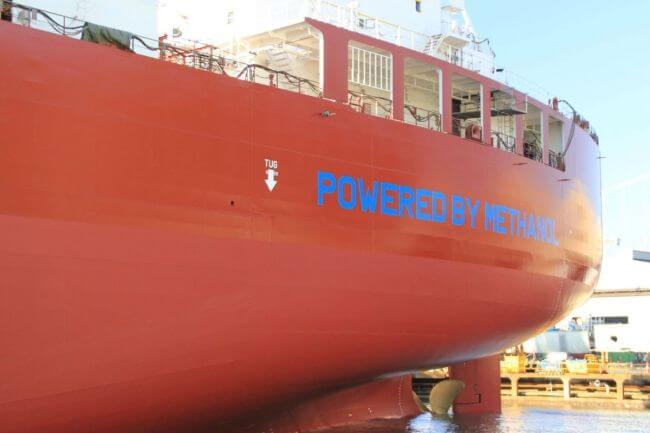 There are currently eight ships trading internationally operating on Methanol as fuel – the ropax Stena Germanica and seven tankers operated by Waterfront Shipping with at least four more expected to enter into service in 2019. Several recent research projects have independently confirmed Methanol’s suitability as a suitable replacement for conventional marine fuels in coastal, inland and shortsea sectors.

ISO will work to develop the standards and provide them as soon as possible, the first time it has considered these fuel types.

“A comment was made during MSC 99 that fuel standards should be developed before ships begin using such low-flashpoint fuels so that safety concerns are adequately addressed before, not after, larger numbers of ships start using them,” says IBIA’s IMO Representative Unni Einemo. “However, ISO has traditionally developed fuel standards only after user experience to be able to assess which parameters need to be specified, and also what relevant limits should be.”

The decision to invite ISO to develop standards for methyl/ethyl alcohol fuel for ships was taken when MSC 99 discussed the report from the fourth session of the Sub-Committee on Carriage of Cargoes and Containers (CCC). CCC has been tasked with drafting technical provisions for using methyl/ethyl alcohol as a ship fuel under an ongoing item on its agenda regarding amendments to the International Code of Safety for Ships using Gases or other Low-flashpoint Fuels (IGF Code).

Kongsberg Maritime Underwater Cameras Take The Lead In Uncovering The Secrets Of HMAS Sydney
Want to share your tips and advice? Got questions? Visit the community forum to ask questions, get answers, meet people, and share your tips!