The International Maritime Organization’s Marine Environment Protection Committee (MEPC 72) is now under way at IMO Headquarters in London (9-13 April). The adoption of an initial strategy on the reduction of GHG emissions from ships is one of the key items on the agenda. 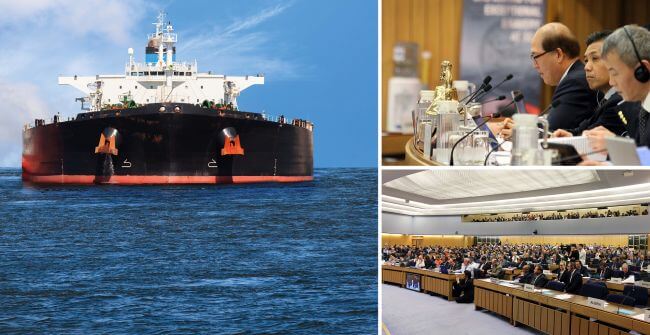 The initial GHG strategy will be a framework for all Member States, which is expected to set out the future vision for international shipping, the levels of ambition to reduce GHG emissions and guiding principles. Following discussions in an intersessional working group last week, the Committee is expected to instruct a working group to finalize the strategy for adoption.

The Committee will also address the implementation of the 0.50% sulphur limit. From 1 January 2020, the limit for sulphur in fuel oil used on board ships operating outside designated emission control areas will be reduced to 0.50% m/m (mass by mass). This will significantly reduce the amount of sulphur oxides emanating from ships and should have major health and environmental benefits. The Committee is expected to approve draft amendments to prohibit the carriage of non-compliant fuel oil (except when ships are fitted with measures such as exhaust gas cleaning systems or “scrubbers”).

Also on the busy agenda is the implementation of the Ballast Water Management (BWM) Convention, which entered into force in September 2017 and requires ships to manage their ballast water to prevent the spread of potentially harmful invasive aquatic species. The Committee is expected to adopt draft amendments to the BWM Convention which will determine the implementation schedule for installations of ballast water management systems.

The MEPC was opened by Secretary-General Kitack Lim and is being chaired by Mr. Hideaki Saito (Japan). Further information here.