Governments have the power to solve a growing humanitarian crisis and must take action to bring seafarers home and allow their relief crews to join ships. “Get our hero seafarers home” was the plea from panelists during a webinar (26 June) hosted by IMO on the occasion of the Day of the Seafarer. IMO, the International Chamber of Shipping (ICS) and the International Transport Workers Federation (ITF) urged countries to implement protocols on safe crew change developed by the maritime industry and circulated by IMO.

The 2020 Day of the Seafarer campaign has highlighted the essential role of seafarers on the frontline of the global supply chain, while urging Governments to grant them key worker status so they are able to travel and transit to and from ships. Hundreds of thousands of seafarers are stranded on ships and desperate to go home. In many cases, their contracts have been extended for several months beyond the maximum time at sea permitted under international regulations.

In his opening remarks, IMO Secretary-General Kitack Lim said: “Seafarers’ work is unique and essential. Seafarers are on the front line in this global fight. They deserve our thanks. But they also need – and deserve – quick and decisive humanitarian action from governments everywhere, not just during this pandemic, but at all times.” 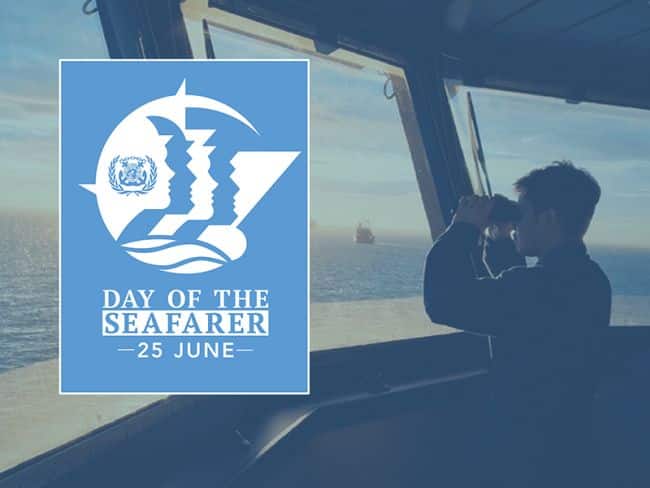 During the COVID-19 pandemic, ships, which fundamentally depend on seafarers, have continued to carry essential goods across the globe. Leadership and action are now needed to bring back seafarers, who are fatigued and have missed weddings, births and funerals because of the crisis, said Guy Platten, Secretary-General, International Chamber of Shipping (ICS). The number of stranded seafarers is currently 400,000, with 200,000 needing to leave ships and a similar number needing to replace them.

“Shipping is truly a global industry and we need Governments to provide a global solution,” said Mr. Stephen Cotton, General Secretary, International Transport Workers’ Federation (ITF). The ITF has been receiving emails from hundreds of seafarers daily, expressing their concern about contracts being extended under duress. This will impact their ability to perform safe operations, putting themselves at risk as well as the global supply chain and potentially the environment, he warned.

Fr. Paulo Prigol, Stella Maris Manila and South East Asia Regional Coordinator, highlighted the importance of the work of seafarers for their communities and home countries, as well as the devastating financial and emotional impact of the pandemic on families of seafarers, due to the extended time at sea for some seafarers and the inability to get to work for others.

Some successful crew changeovers been happening in and via the Netherlands, thanks to collaboration between shipowners, the KLM Royal Dutch Airlines and the Netherlands Government, said Mr. Niels van de Minkelis, Head, Operational Affairs, Royal Association of Netherlands Shipowners (KNVR). Some 6,000 seafarers have been moved since May between the Netherlands and seafaring nations (Indonesia, the Philippines, Poland, Russian Federation and Ukraine), in an example of what can be done with good cooperation between the different entities involved.

The panelists welcomed the United Kingdom Government’s initiative in calling a global summit on the issue, but warned that real action from governments everywhere was needed to solve the crisis and get seafarers home and replaced.