A zero-tolerance policy towards the illegal wildlife trade (IWT) was among several concrete measures agreed this week (9th December 2015) by members of the United for Wildlife International Taskforce on the Transportation of Illegal Wildlife Products.

Members of the taskforce, including IMO, agreed the text of a declaration, to be signed next March, containing firm commitments to tackle IWT. Many within the transport sector, including companies represented on the task force, have agreed to enforce a zero-tolerance policy by never knowingly facilitating or tolerating the carriage of illegal wildlife or illegal wildlife products. The policy will be included in documents such as conditions of carriage, employment and client contracts as well as in marketing material.

The declaration also includes commitments to establish a harmonised mechanism for sharing information about IWT and to develop the use of due diligence and risk assessment systems to identify potential IWT shipments. Companies will also be encouraged to establish mechanisms for reporting suspicious activity to enforcement authorities and develop appropriate staff-training programmes. 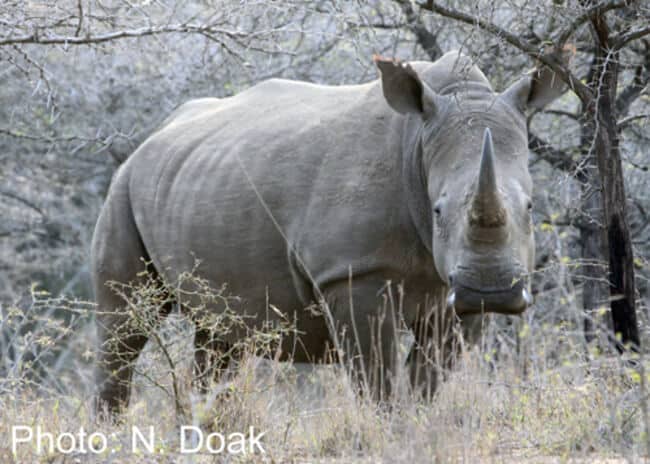 A cross-disciplinary team will be established to work with local customs and law enforcement authorities to develop a system of best practice for combatting illegal wildlife trade in key ports, and the World Customs Organisation and national customs authorities will be supported in developing mechanisms to aid detecting and preventing IWT.

The commitments included in the declaration will, if adopted by the wider transport sector, help break the chain between suppliers and consumers and lead to a tangible and significant reduction in the volume of IWT.

The declaration will be brought to the attention of IMO’s Facilitation Committee when it meets in April 2016.

IWT continues to be a pressing global problem, requiring the combined efforts and attention of the global community to prevent the loss of many of the world’s iconic species.

Despite many positive recent developments, the need for urgent action remains. The Transport Taskforce aims to combat the international trafficking that facilitates IWT, specifically through the transport industry. Members include representatives from the transport industry, alongside governments, inter-governmental and non-governmental organisations and United Nations agencies.

United for Wildlife is a collaboration of seven of the world’s leading conservation organizations and The Royal Foundation of The Duke and Duchess of Cambridge and Prince Harry. Led by The Duke of Cambridge, its prime objectives are better on-site protection for wildlife, a reduction in demand for illegal wildlife products, to improve law enforcement, to work with the private sector to reduce trafficking and to engage young people with conservation.