IMO’s Maritime Safety Committee (MSC) meets at the Organization’s London headquarters for its 93rd session, from 14 to 23 May 2014.

The MSC is expected to adopt amendments to the International Convention for the Safety of Life at Sea (SOLAS) related to lifeboat safety; continue its action plan of work on passenger ship safety, following the Costa Concordia incident; review the draft mandatory Polar Code and related draft SOLAS amendments; adopt amendments to SOLAS and other treaties to make mandatory the IMO Member State Audit Scheme; adopt a number of other important amendments; and consider items submitted by the sub-committees.

The MSC is expected to adopt draft amendments to SOLAS chapter III to make mandatory the Requirements for periodic servicing and maintenance of lifeboats and rescue boats, launching appliances and release gear, which are also expected to be adopted at the session. The MSC is also expected to approve a related draft MSC circular on Guidelines on safety during abandon ship drills using lifeboats, providing additional recommendatory provisions. 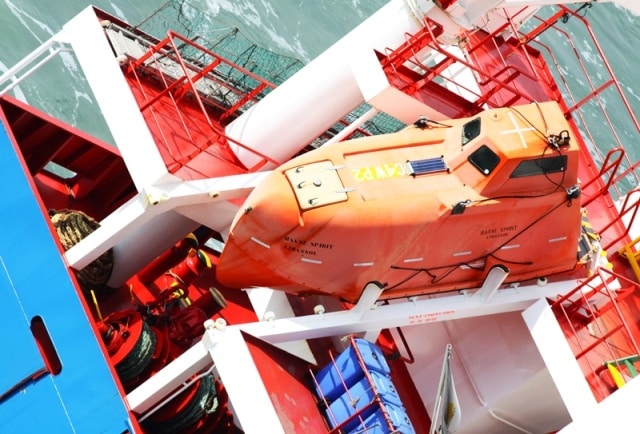 The draft amendments to SOLAS regulation III/20 on Operational readiness, maintenance and inspections introduce requirements for the periodic servicing of lifeboats, rescue boats and fast rescue boats, launching appliances and release gear to be carried out in accordance with the adopted requirements for periodic servicing and maintenance.  Administrations will be required to ensure that the thorough examination, operational testing, repair, and overhaul of equipment is carried out in accordance with SOLAS regulation III/20 by authorized service providers that are qualified in these operations for each make and type of equipment for which they provide the service.

Specific issues for consideration include those relating to subdivision and damage stability. The MSC will have for its consideration a number of submissions, including the report of the Experts Group on Formal Safety Assessment, incorporating the review of the European Maritime Safety Agency (EMSA) study on damage stability of ro-ro passenger ships and the reports of the GOAL based Damage Stability project (GOALDS) on collision and grounding damage statistics, probability of survival and development of a new risk-based damage stability requirement for passenger ships.

Draft mandatory Polar Code and SOLAS amendments to be considered

The MSC will be invited to consider, with a view to approval for future adoption, the draft mandatory international code for ships operating in polar waters (Polar Code), which was agreed in principle by the Sub-Committee on Ship Design and Construction (SDC), and the proposed draft new SOLAS chapter XIV “Safety measures for ships operating in polar waters”, to make the Code

The MSC is expected to adopt draft amendments to the following treaties to make the use of the  IMO Instruments Implementation Code (III Code) and auditing of Parties to those treaties mandatory:  SOLAS, 1974, as amended; the International Convention on Standards of Training, Certification and Watchkeeping for Seafarers, 1978, and the Seafarers’ Training, Certification and Watchkeeping (STCW) Code; and the Protocol of 1988 relating to the International Convention on Load Lines, 1966 (1988 Load Lines Protocol), as amended.

The Marine Environment Protection Committee (MEPC), at its 66th session, in April adopted similar amendments to MARPOL Annexes I through to VI.

The amendments will make the auditing of Member States mandatory, once they enter into force in 2016.

Adoption of other amendments

The MSC will also be invited to consider, for adoption:

• draft amendments to SOLAS regulation II-2/10, concerning fire protection requirements for new ships designed to carry containers on or above the weather deck;

• draft amendment 37-14 to the International Maritime Dangerous Goods (IMDG) Code, together with the approval of relevant supplements; and

• draft amendments to the International Life-Saving Appliance  (LSA) Code related to the testing of lifejackets.

Revised IGC Code to be adopted

The draft revised International Code for the Construction and Equipment of Ships Carrying Liquefied Gases in Bulk (the IGC Code) is set to be adopted by the MSC.  The completely revised and updated Code has been developed following a comprehensive five-year review and is intended to take into account the latest advances in science and technology.The IGC Code was first adopted in 1983, to provide an international standard for the safe carriage by sea of liquefied gases (and other substances listed in the Code) in bulk, by prescribing the design and construction standards of ships carrying such cargoes, and the equipment they should carry. The IGC Code was made mandatory under the SOLAS convention for new ships built after 1986.  Various amendments have been adopted since then, but the new draft represents the first major revision of the IGC Code.

Piracy and armed robbery against ships

The MSC will review the latest statistics on piracy and armed robbery against ships and discuss current initiatives to suppress piracy and armed robbery. The MSC will be invited to review draft interim guidelines on measures to support seafarers and their families affected by piracy incidents off the coast of Somalia, developed by Working Group 3 (WG3) of the Contact Group on Piracy off the Coast of Somalia (CGPCS), with a view to dissemination as an MSC circular.

In connection with other issues arising from the reports of IMO sub-committees and other bodies, the MSC will be invited to:

• review the recommendations contained in the “Statement of the Participants” to the June 2013 IMO Symposium on the Future of Ship Safety;

• approve, for future adoption,  draft amendments to SOLAS chapter VI to require mandatory verification of the gross mass of containers, and related draft guidelines regarding the verified gross mass of a container carrying cargo;

• approve, for future adoption, a new draft SOLAS regulation XI-1/7 on Atmosphere testing instrument for enclosed spaces, to require ships to carry an appropriate portable atmosphere testing instrument or instruments, capable of measuring concentrations of oxygen, flammable gases or vapours, hydrogen sulphide and carbon monoxide, prior to entry into enclosed spaces; a related draft MSC circular will also be considered;

• consider the Secretary-General’s report on a number of countries whose independent evaluations have been completed since the previous MSC meeting and confirm if those Parties continue to give full and complete effect to the provisions of the STCW Convention;

• approve draft unified interpretations to the International Convention on Tonnage Measurement of Ships, 1969, intended to clarify the application of the Convention;

• approve a number of new traffic routeing systems, including traffic separation schemes, as well as amendments to existing systems;

• approve draft guidelines for the reactivation of the Safety Management Certificate following an operational interruption of the SMS due to lay-up over a certain period;

• approve draft guidance on safety when transferring persons at sea;

• review, for approval, draft guidelines for the development of national maritime security legislation; and

• review progress made on the implementation of the goal-based ship construction standards for bulk carriers and oil tankers.