The 50 years since the grounding of the tanker Torrey Canyon in 1967 have seen dramatic and sustained reduction in major oil spills from ships, thanks to cooperation between Governments and industry.

The story of how that incident served as a catalyst for positive change is told in a new exhibition which was launched on Monday (16 January) at the headquarters of the International Maritime Organization (IMO), the United Nations agency with responsibility for the safety and security of international shipping and the prevention of pollution from ships. 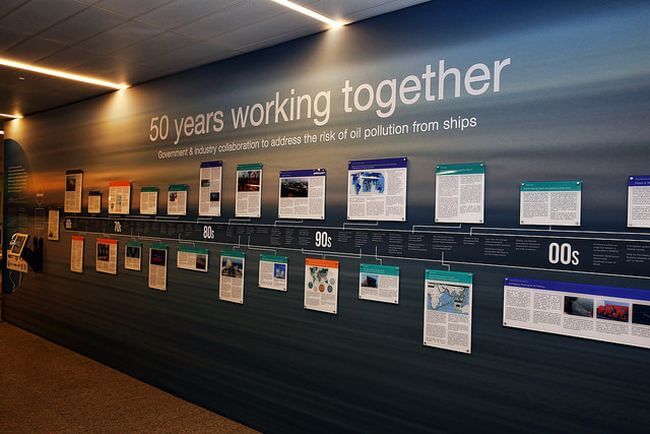 A series of panels chart the collaborative work which has resulted today in a comprehensive regulatory framework, a demonstrably improved shipping industry, good systems of preparedness and response and adequate compensation for those affected by spills. Demand for oil remains strong and shipping remains the most effective means of meeting that demand.

Tankers operating today are designed with double hulls, duplicate controls, segregated ballast tanks, inert gas systems, crude oil tank washing equipment and oily-water separators – all of which were not present fifty years ago. These innovations, together with improvements in aids to navigation and many other aspects of ship design, construction and technology, have all led to much higher standards in tanker design and operation. At the same time, proactive industry initiatives and IMO-led guidelines and Conventions – governing safety, ship operations, vetting and reporting, ship management, crew training and certification – have all contributed to a safer, cleaner global oil shipping industry. 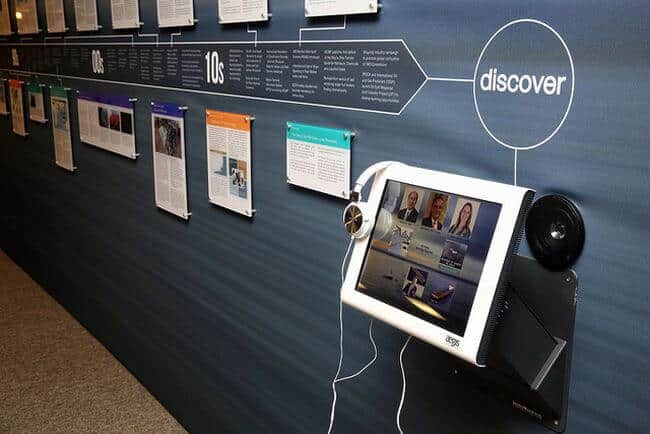 Speaking at the launch of the exhibition, IMO Secretary-General Kitack Lim highlighted the important measures taken by IMO in response to the Torrey Canyon incident in March 1967, off the coast of the United Kingdom. Within two months, in May 1967, IMO had convened an extraordinary meeting which proposed a number of changes in ship design and operation. This led directly to the development of the International Convention for the Prevention of Pollution form Ships (MARPOL), which is still to this day the most important measure to address prevention of pollution by ships.

The incident also led to the establishment of IMO’s Legal Committee, which subsequently developed a comprehensive framework for compensating victims of pollution incidents and established the International oil Pollution Compensation Funds (IOPC Funds). 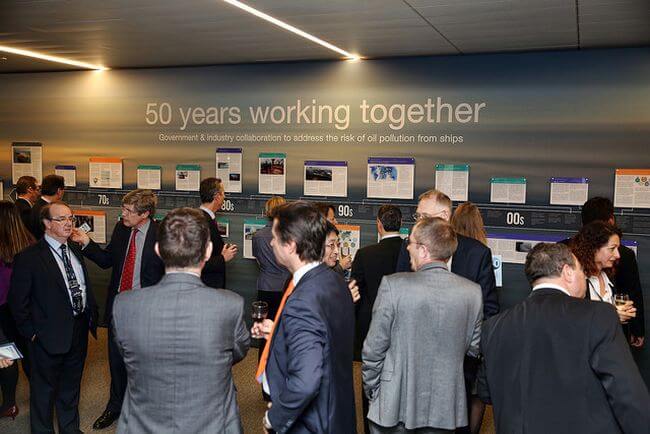 “As a result, tanker shipping today is safer and cleaner than ever before and there is also a robust mechanism in place to respond effectively to oil spills and deal with their financial consequences,” Mr. Lim said.

Mr. José Maura, Director of the IOPC Funds, emphasised the successful and unique liability and compensation regime set up by IMO, in which ship and cargo interests jointly share the financing of compensation for oil pollution damage from tankers.

“The transport of oil by sea remains essential for our daily lives and the risk that that carriage of oil brings is inevitable. This exhibition showcases both the ways in which we have fought to reduce the number of spills but also the ways in which we are prepared to deal with them when they do occur,” Mr. Maura said.

Statistics compiled by the International Tanker Owners Pollution Federation Ltd, show a 90% reduction in the number of major oil spills and a hundred-fold reduction in the volume of oil spilt since the 1970s, highlighting the real, tangible benefit of government and industry working together to reduce oil spills over the decades. In 2016, the total volume of crude oil transported by ship was 1,770 million metric tons and 99.99% of this arrived safely.

“Now, the volume of oil lost in accidents is a tiny fraction of the volume that is delivered safely to its destination each year,” said Dr. Karen Purnell, Managing Director, ITOPF. “The goal for everyone must surely be no spills at all, but accidents by their very nature are unpredictable. This exhibition also highlights how government and industry work to anticipate the needs of the future and how they are proactive in developing new initiatives to continually improve safety and ensure an environmentally-responsible approach to meeting the demands of society in the future,” Dr. Purnell said.

A timeline from pre-1967 to the present day covers prevention – including improved safety of navigation, ship construction, training and risk reduction; preparedness and response – an area which has continued to evolve as both awareness and technology have advanced and practical experience has led to a better response to spills when they occur; and liability and compensation regimes, which have been developed to ensure that a robust system of compensation and liability for ship-source oil spills is now in place and that appropriate funding mechanisms exist to finance an immediate and efficient response and compensate those affected.

The exhibition will run at IMO Headquarters in London, United Kingdom, until 7 July 2017.