Transboundary export of carbon dioxide (CO2) for the purpose of carbon capture and storage (or “sequestration”) can now be provisionally allowed under certain circumstances, Parties to the London Protocol have agreed.

The London Protocol provides the basis in international environmental law for Governments to allow carbon capture and storage (CCS) under the seabed – which is recognized as one tool in climate change mitigation, whilst ensuring protection of the marine environment.

London Protocol Parties, meeting in London for their annual meeting with Parties to the London Convention (7-11 October), adopted a resolution to allow provisional application of an amendment to article 6 of the Protocol to allow sub-seabed geological formations for sequestration projects to be shared across national boundaries. 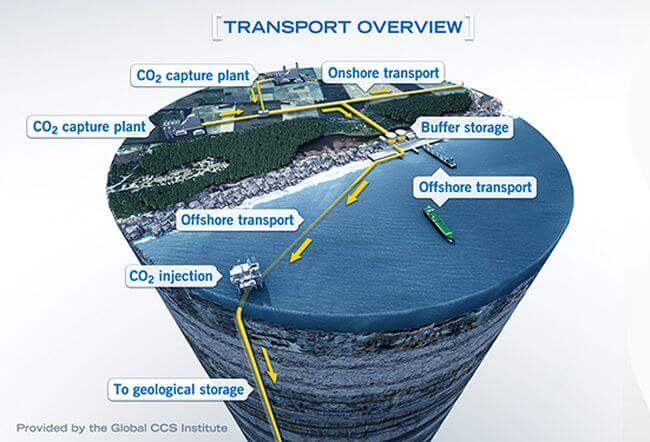 The London Protocol has, since 2006 provided a basis in international environmental law to allow CO2 storage beneath the seabed when it is safe to do so, and to regulate the injection of CO2 waste streams into sub-seabed geological formations for permanent isolation. The 2009 amendment adopted by Parties to the London Protocol allows for sub-seabed geological formations for sequestration projects to be shared across national boundaries – effectively allowing CO2 streams to be exported for CCS purposes (provided that the protection standards of all other London Protocol requirements have been met). However, the 2009 amendment has yet to enter into force.

The resolution to allow provisional application of the 2009 amendment as an interim solution, pending sufficient acceptance by Contracting Parties, enables countries who wish to do so, to implement the provisions of the amendment in advance of entry into force. To do this, the Parties concerned will need to deposit a declaration of provisional application and provide notification of any agreements or arrangements with the Secretary-General of the International Maritime Organization (IMO).

“The adoption of the resolution will remove a barrier for countries who wish to make use of carbon capture and storage – but which do not have ready access to offshore storage sites within their national boundaries,” said Fredrik Haag, Head, Office for the London Convention and Protocol and Ocean Affairs, IMO. “An important point to note is that reduction of CO2 emissions at source should be the primary focus, and provisional application of the amendment should not be seen as a substitute for other measures to reduce CO2 emissions. Carbon sequestration can be considered as one of a portfolio of options to reduce levels of atmospheric carbon dioxide and can be an important interim solution in the fight against climate change.”

What is carbon capture and storage?

Carbon capture and storage (or “sequestration”) – known as CCS – is a climate change mitigation technique. In simple terms, CO2 emissions are captured at source and then injected in carefully selected sub-seabed rock formations, typically a few kilometres below the sea floor. Depleted oil and gas fields, for example, can provide permanent storage for CO2 waste. The technique may be appropriate for large single point CO2 emission sources such as power stations, chemical and cement plants and steelworks.

What is the London Protocol?

The London Protocol provides a framework for Parties to effectively prevent pollution of the sea caused by dumping or incineration at sea of wastes and other matter, and by activities including carbon capture and storage in sub-seabed geological formations and marine geoengineering activities, such as ocean fertilization. The London Protocol takes a precautionary approach and prohibits all dumping of wastes at sea, except for those on a list of wastes that may be considered. However, any wastes on the list must be assessed and given a permit before being dumped at sea.

The London Protocol was adopted in 1996, to modernize and eventually replace its forerunner, the Convention on the Prevention of Marine Pollution by Dumping of Wastes and Other Matter, 1972 (London Convention).

The London Protocol is one of the key pillars of marine environment protection together with the International Convention for the Prevention of Pollution from Ships (MARPOL), the United Nations Convention on the Law of the Sea (UNCLOS) and Regional Seas Conventions. The objectives of the LP include protecting and preserving the marine environment from all sources of pollution.