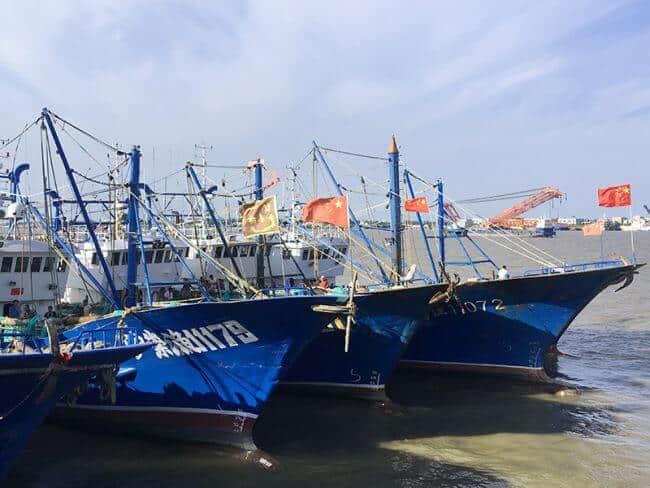 This was the focus of a national workshop in Shanghai, China (29-30 July), organized by the Shanghai Ocean University and the Bureau of Fisheries of the Ministry of Agriculture and Rural Affairs of the People’s Republic of China, with input from IMO, the UN Food and Agriculture Organization (FAO), The Pew Charitable Trusts and the IMO Number Scheme manager (IHS Markit).

They also discussed the implementation of the FAO 2009 Agreement on Port State Measures to Prevent, Deter and Eliminate Illegal, Unreported and Unregulated (IUU) Fishing (PSMA).

The People’s Republic of China is yet to become a Party to the IMO fishing vessel safety and training treaties. However, China reported that considerable research has begun into ratification implications. With thousands of seagoing fishing vessels of 24 metres and above, China’s accession to the Cape Town Agreement would have considerable global impact. Mr. Han Xu, Deputy Director-General of the Bureau of Fisheries, said that the Chinese Government focuses on the safety of fishers and said, “There are difficulties in implementing these conventions due to the scale of our fleet, however we have a saying in China – there are more solutions than problems.”

IMO’s Brice Martin-Castex, said, “We are delighted to be here in Shanghai discussing these issues and hope that this workshop will pave the way for continued cooperation. The conventions and measures we are talking about work together, however the Cape Town Agreement is not yet in force. China can greatly contribute to its entry into force, as a founding State, which is an opportunity not to be missed.”

The workshop concluded with several positive outcomes. China pledged to attend the Ministerial Conference on Fishing Vessel Safety and Illegal, Unreported and Unregulated (IUU) Fishing, organized by IMO and the Government of Spain, Torremolinos, Málaga, Spain (21-23 October 2019) and to provide the conference with information on measures to be taken for the entry into force of the Cape Town Agreement.

China also welcomed the IMO Number Scheme manager’s proposal to allow for phased allocation of the IMO Ship Identification numbers to Chinese fishing vessels of 12 metres in length and above. This will also be used to populate the FAO’s Global Record of Fishing Vessels, Refrigerated Transport Vessels and Supply Vessels. The IMO Ship Identification Number Scheme is currently voluntary for fishing vessels.

To date, 11 States with a total of 1,413 vessels have ratified the Cape Town Agreement. The treaty will enter into force 12 months after at least 22 States, with an aggregate 3,600 fishing vessels of 24 m in length and over operating on the high seas have expressed their consent to be bound by it.

The Ministerial Conference on Fishing Vessel Safety and IUU Fishing (21-23 October) will be followed by the Joint FAO/ILO/IMO Working Group on IUU Fishing (23-25 October).