Biodiversity can be threatened by organisms which can build up on ships’ hulls and other marine structures, a process known as biofouling. During a workshop in Arraial do Cabo, Brazil (5 August), experts on biofouling and invasive species and others took the first steps towards setting up a national task force to tackle the issue. Brazil is one of 12 lead partnering countries in the GEF-UNDP-IMO GloFouling Partnerships project, which aims to protect marine biodiversity by addressing biofouling. 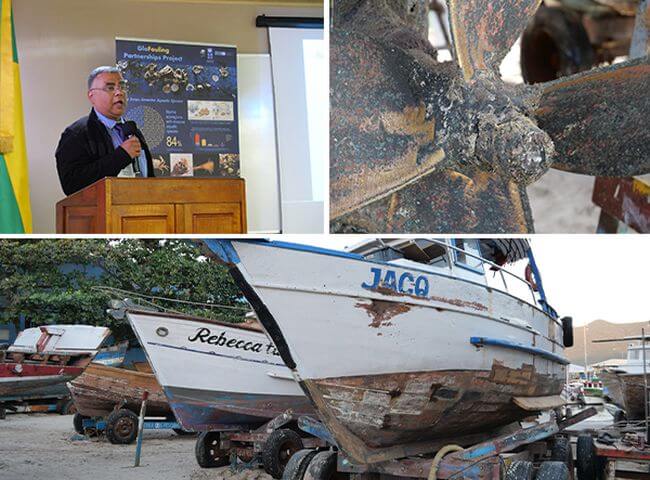 Each lead partnering country’s national task force will define a national policy on biofouling and invasive species and draft the national strategy and action plan to implement the IMO Biofouling Guidelines. The next step for GloFouling Partnerships in Brazil will be to develop national baseline reports to assess the current situation with regards to non-indigenous species, to identify any research currently available on the subject, to analyse the economic impacts and to determine the national legal framework.

The Glofouling workshop was held during the XIII Biofouling, Benthic Ecology and Marine Biotechnology Meeting (XIII BIOINC), hosted by the Instituto de Estudos do Mar Almirante Paulo Moreira (5-9 August). As well as national experts on biofouling and invasive species, participants included representatives from Marinha do Brasil, from other departments from federal and state administrations and from leading private sector companies such as Petrobras and Vale.

The IMO-executed GloFouling Partnerships project to address bioinvasions by organisms which can build up on ships’ hulls and other marine structures is a collaboration between the Global Environment Facility (GEF), the United Nations Development Programme (UNDP) and IMO. Twelve lead partnering countries (Brazil, Ecuador, Fiji, Indonesia, Jordan, Madagascar, Mauritius, Mexico, Peru, the Philippines, Sri Lanka and Tonga), four regional organizations, IOC-UNESCO, the World Ocean Council and numerous strategic partners have signed up to the project.