The loss of life of migrants at sea is a humanitarian tragedy that needs to be addressed through appropriate and effective action at the United Nations. IMO recognizes the crucial role played by both Government and non-governmental organizations in search and rescue operations, as well as the part played by merchant ships in coming to the aid of persons in distress at sea.

During the second workshop of the International Dialogue on Migration (IDM), held in Geneva (18-19 July), IMO’s Julian Abril told the meeting that the number of merchant ships involved in rescue operations has remained relatively constant since 2015. 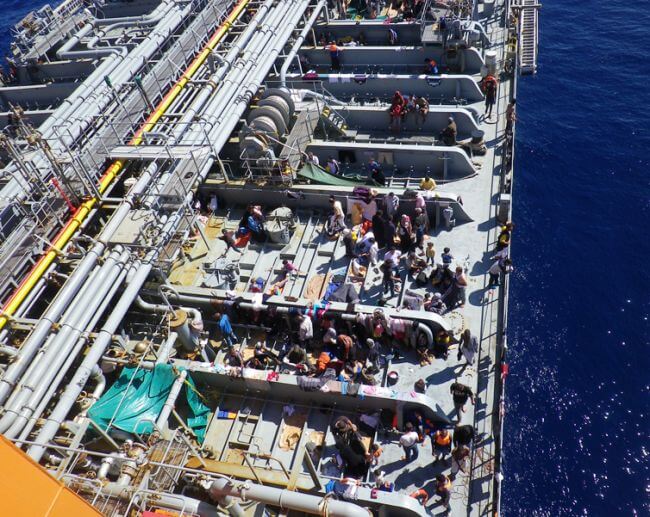 The average number of persons rescued by each merchant ship remains over 110. In 2016, a total of 381 merchant ships were diverted from their routes and 121 ships were involved in the rescue of 13,888 people. Of particular concern is the upward trend in migrants reported dead or missing at sea in 2016 and during 2017 to date, which, based on current statistics, can be expected to continue during the rest of 2017 and beyond.

The Geneva meeting offers a global platform to discuss and analyse migrant’s vulnerabilities and capacities, guide appropriate policy programmatic and operational responses to address them, and enhance resilience through protection and assistance services. The meeting is expected to identify challenges and propose what should be included in the global compact for safe, orderly and regular migration.

The Global Compact on Migration is a UN Member State-led process that emanated from the 19 September 2016 New York Declaration for Refugees and Migrants approved by Heads of State during the UN General Assembly. This two-year long process is expected to culminate in the adoption of the GCM at an intergovernmental conference on international migration in 2018. The outcomes of the Geneva workshop, along with those of the first workshop organized in New York in April 2017, will be included in a comprehensive report that will feed into the GCM.

Rescue at Sea: A guide to principles and practice as applied to refugees and migrants, prepared jointly by IMO, the International Chamber of Shipping (ICS), and the Office of the United Nations High Commissioner for Refugees (UNHCR), is available to download.