Over two thirds (68%) of global marine industry executives believe that a lack of uniform international environmental regulations will impede the adoption of green technologies in shipping, according to a new report from global law firm Clyde & Co and the Institute of Marine Engineering, Science & Technology (IMarEST), which surveyed 220 marine industry executives from across the world. Clyde & Co explains that some international maritime conventions, which target environmental protection, do exist. One ongoing example is the global sulphur emissions limit, which forces ship operators to use fuel on board with a sulphur content of no more than 3.5% m/m. This limit is set to be reduced further in 2020 to 0.5% m/m. 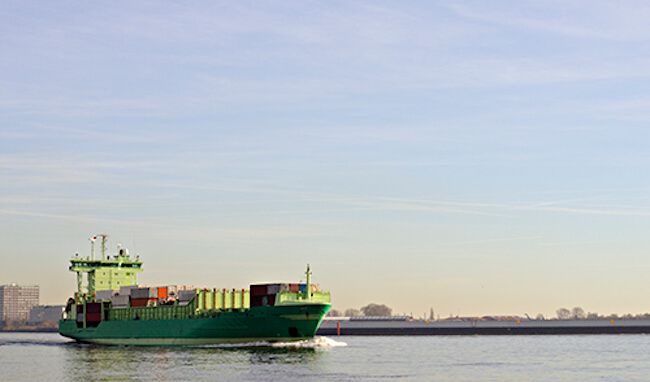 Another is the International Convention for the Control and Management of Ships’ Ballast Water and Sediments, which came into force in September 2017 and is aimed at controlling the transfer of potentially invasive species.

Ballast water is often taken on-board by ships for stability and can contain thousands of marine microbes, plants and animals. Untreated ballast water released at the ship’s destination could potentially introduce a new invasive marine species. Under the convention, all ships in international traffic are required to manage their ballast water and sediments to a certain standard, according to a ship-specific ballast water management plan.

While some international conventions for the protection of the marine environment are in place, there is a distinct lack of global regulation surrounding other key environmental issues. For example, the marine industry is not currently regulated at a global level for carbon emissions. The IMO announced in November 2016 that it would begin to consider ‘a plan to develop a strategy’ to reduce greenhouse gas emissions from ships to be adopted in 2023.

A fundamental concern for the industry is that the absence of a convention, or even a non-preemptive existing legal framework, leaves the field open to additional and potentially inconsistent regulations by different jurisdictions.

Conte Cicala, partner at Clyde & Co in San Francisco, comments: “This lack of a global legal framework has already led to California unilaterally adopting and implementing some of the very first low sulphur fuel and ballast water treatment requirements for ships calling on California ports.”

Clyde & Co explains that California had its own ballast water requirements before the US adopted the same on a federal level. The US opted out of the IMO convention because of differences in US law and the less stringent requirements of the convention. For example, IMO permits technology that renders organisms sterile, while US law requires such organisms to be dead. This demonstrates the disparity in regional and global environmental legislation.

According to the research, 64% think that green technologies will not place an unacceptable cost burden on ship operators.

Cicala adds: “There is clearly an interest to explore the possibilities of green-tech. But the industry would prefer guidance, certainty and perhaps most importantly, uniformity. There are lessons that have been learned from low sulphur caps and ballast water requirements. It’s encouraging to see the IMO is already considering the issue of greenhouse gas emissions but quick and steady progress needs to be made before regional jurisdictions take action, so that the industry to can have confidence to invest in new green-tech.”

David Loosley, Chief Executive, Institute of Marine Engineering, Science & Technology, says: “Formulating and introducing effective regulatory frameworks aimed at protecting the environment is always going to pose challenges for inherently global industries such as shipping. An additional layer of regional or national directives complicates matters further, as vessel operators must ensure compliance with multiple rulesets, while manufacturers must develop technological solutions that satisfy multiple specifications. This reality is reflected in the fact that IMarEST is increasingly involved in helping its members navigate this regulatory web.”

The report shows that key barriers to and issues around the adoption of new energy management solutions include:

Cicala says: “Where fuel can account for as much as half of the operating costs for the shipping industry, it’s no surprise that the marine industry is keeping an eye on both the availability of fuel and cost of energy management solutions.”

“The cost of heavy fuel oil (HFO), which is the fuel most commonly used in ship engines has, by historical standards, remained relatively low over the past decade. As long as the cost of HFO is low compared to that of new energy management solutions, it’s unlikely that the benefits of the new technology will be felt as the industry will be unwilling to voluntarily invest.”

“As with any new technology, energy management solutions could impact crews who may need to acquire new competencies as well as taking on additional maintenance workloads to keep the technology running. Organisations investing in such technology will need to consider the most efficient way to train their staff up before the technology is rolled out.”